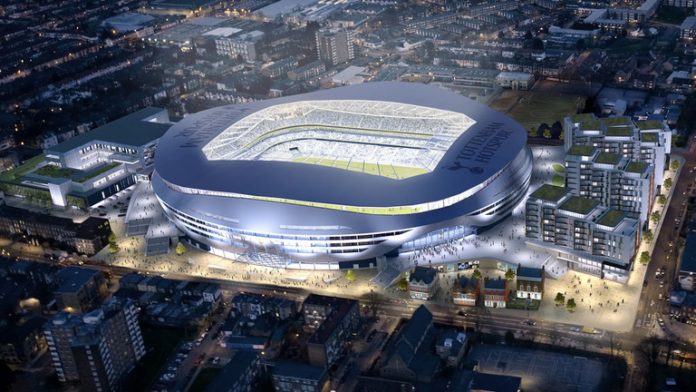 Tottenham have announced that they will delay the opening of their new £850m stadium this season.

Initially, the Londoners were supposed to play their first game at the new stadium on the 15th of September, against Liverpool.

However, due to safety concerns, Spurs will now play a few more home games at Wembley. The club has made an undisclosed payment to FA for that.

Tottenham have activated a clause in their agreement with the FA which allows them to play more home games at Wembley up until the end of 2018 for some extra fee.

The Spurs fans seem quite disappointed with the situation. The Londoners have invested heavily in their new stadium and it affected their transfer business this summer. Spurs are the only club not to buy any players in the summer transfer window since its inception in 2003.

Furthermore, the fans paid increased season ticket prices for the new stadium but they will have to be content with Wembley for now.

No concern for fans. This rushed out because of a leak. Called ticket office about Fulham refund was told “season ticket covers 19 home games, doesn’t say where they’ll be”. Terrible attitude and contempt for those spending £1,000s every year.

Very disappointed, to go with the fact they’ve been forced to tell us by mass enquiry, some of us (incl. myself) haven’t even received tickets for Saturday.. absolute joke

Worth that extra 50% for the season ticket ??

Absolute joke of a football club. This has not happened to any new stadium builds. The cloak and dagger way Levy runs our club is shameful #COYS #THFC

That statement reeks of Levy being more embarrassed by letting down the NFL than the lifeblood of the club.

I said this on transfer deadline day and told I knew f+#k all.
I was told there were a lot of issues with the new stadium that would take time and money to rectify, putting the breaks on any transfers..

How does this work for ST holders then? I’m already out of pocket for the Fulham game at Wembley, so am I going to be refunded? I understand the complications, but we’ve already paid over and above what our ST’s were at Wembley? ?

I want a partial refund for the increased season ticket prices. We thought we’d play at the New ground and now we have to wait until late October at the earliest. It’s an absolute joke