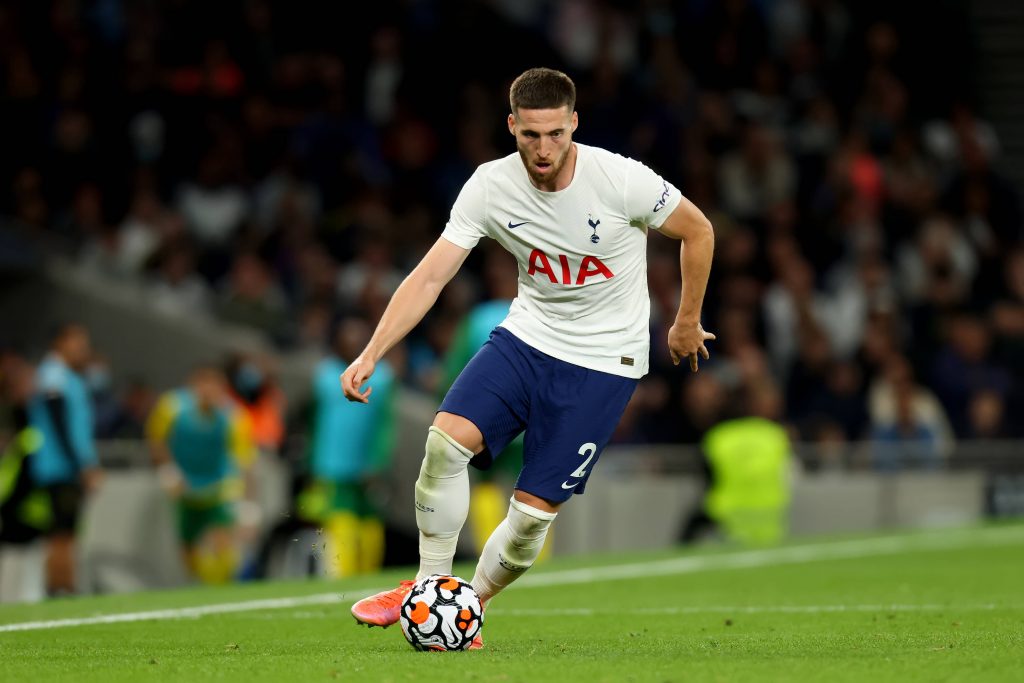 Tottenham Hotspur defender Matt Doherty has revealed that having the crowd back influences his game massively and he is able to put on a high level of performance.

The 29-year-old joined the London club from Wolverhampton Wanderers back in 2020 but he has not been able to hold down a regular starting berth at Spurs.

The defender made just 17 appearances in the Premier League last season.

The Republic of Ireland international has been criticised for his inconsistency and defensive lapses.

Doherty’s revelation after his country’s defeat to Portugal could explain his dip in form since joining the London club. He had to play most of his games at Tottenham in empty stadiums and it could have affected his morale and motivation.

After the game against Portugal, he said (via Irish Times): “For me on a personal level, I really, really needed the crowd back. My game changes a little bit when the fans are there. I feel like I’m able to go to a different level of performance”.

With the fans back in the stadiums this season, the 29-year-old defender will be expected to raise his performance levels and it remains to be seen whether he can push Emerson Royal for the starting berth.

Tottenham signed the Brazilian from Barcelona towards the end of the window and the 22-year-old is expected to be the first choice right back at the club going forward.

Doherty put on outstanding performances for Wolves on a consistent basis before moving to Tottenham and he will have to recapture his peak form in order to force his way into Nuno Espirito Santo’s first-team plans.

Read: Former Spurs star explains why 24-year-old is struggling at the club.