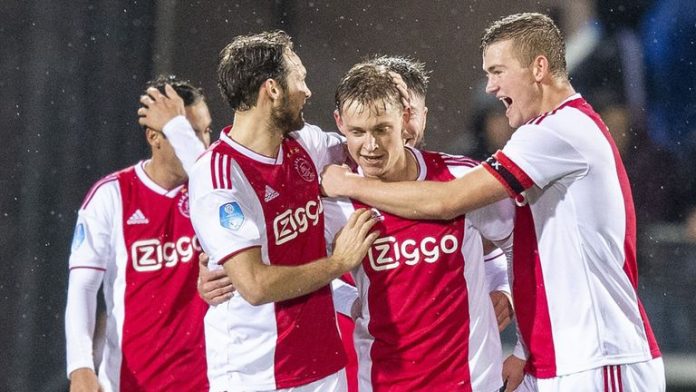 Most neutral Premier League fans are happy to see a proper ding-dong between Liverpool and Manchester City this season, having been starved of a true battle for the title for a couple of years now.

The Premier League title race is on a knife-edge, and there is also the race for the top four to keep fans interested.

However, plenty of column inches have been devoted to the title race, and there isn’t much new ground to cover. So, for a change, we are going to look at the three best top-flight battles for supremacy on the continent, all of which look like they will go right to the wire.

With five games to go, a similar fixture list and 71 points apiece, the Eredivisie looks like it could deliver one of the most exciting finales in European football.

On balance, Ajax have probably got the better form of late and a superior goal-difference, but they must balance the run-in with a KNVB Beker Cup Final in May and the Champions League quarter-finals.

Football betting sites have marginally plumped for Ajax, with 888sport giving odds of 13/20 for the Amsterdam side and citing 23/20 for PSV.

However, those extra games may hurt Ajax, with PSV focused and ready to capitalise. Toss a coin for this one, but plenty but plenty of neutrals will hope that it is Ajax who take their first title since 2014 as a reward for the brilliant team built by Erik Ten Hag.

They have scored 100 league goals already this season, and delighted fans in the Champions League by putting Madrid to the sword.

Dortmund looked like they were going to saunter along to a surprise Bundesliga title, but they have returned from the winter break looking like a completely different side, and not in a good way.

Munich leaped ahead of them after a 5-0 demolition in Der Klassiker at the weekend, but there is still some hope that Dortmund can make pip Munich to the post with just five games remaining.

Indeed, with just one point between the teams, you would have to say that the 5/2 odds for Dortmund look fairly generous, with Munich cited at just 3/10 (888sport). Dortmund have a marginally better run-in, although form certainly has to improve.

Fans will take heart that this is not the Bayern of old. Yes, Munich were scintillating when they dispatched Dortmund at the weekend, but this is also the same team that were made to look ordinary by Liverpool in the Champions League, and who have been raided by the likes of Augsburg, Dusseldorf and Freiberg at the Allianz Arena this season. It’s not over by a long stretch.

A race that even the bookies are divided on, Benfica and Porto are both locked on 69 points, and given odds of 4/5 and Evens respectively.

Again, we are in a situation were Benfica probably have a more generous run of fixtures, yet Porto have to juggle commitments in the Champions League and a Cup Final at the end of the season. Benfica, meanwhile, can focus on the six remaining league games, knowing that they will be crowned champions if they win them.

There is, however, a case for some intrigue in the run-in. Porto’s opponents on the last day of the season will be none other than Sporting Lisbon, Benfica’s hated cross-city rivals.

Sporting may be playing for nothing at that stage, with a Europa League place already in the bag. Will they play at full tilt knowing they could hand the title to their rivals?