India
Home News the return of hernandez and suarez 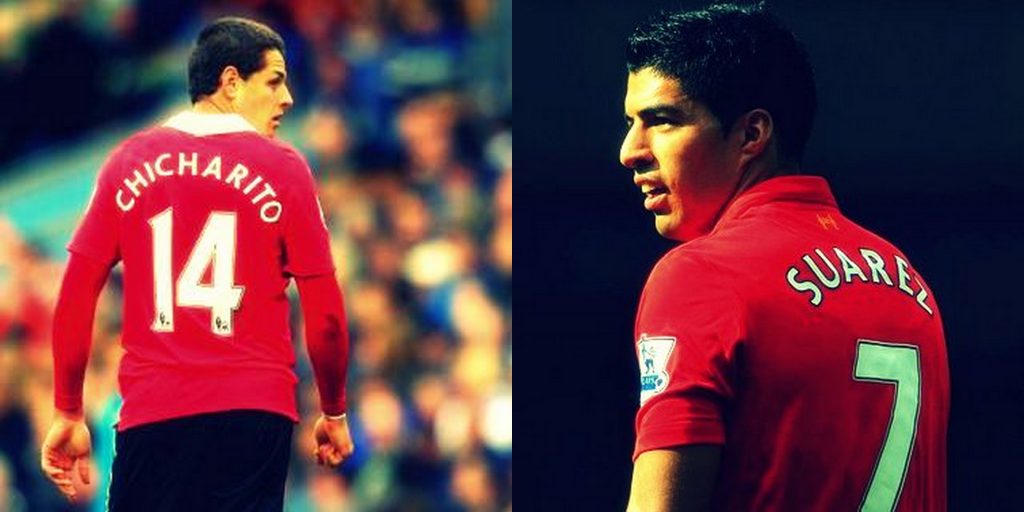 In many ways, last season was one best forgotten for Hernandez and Suarez.  For very different reasons, neither hit the heights (or the goals) they should have.  But this season is a very different story; and they are proving to be two of the most in-form and important players in the league.

Javier Hernandez first burst onto the scene seemingly from nowhere.  Signed for just £7 million from Chivas Guadalajara, Manchester United fans used to a bargain or two had never seen one quite like him.  From the moment he signed he scored for fun, first in the 2010 World Cup (where he netted twice in just three appearances) and then in three consecutive pre-season games for (and against) United.

It was in the second of these that Hernandez turned out for his old club against his new one, and duly scored.

It is what he does.  Or at least, it is what he did.  In his first full season for United he scored 20 goals in all competitions.  But last season he faltered, ending the year with just 12.

Supporters put this down to a lack of rest, as he came straight off the back of his debut season to star for Mexico in their successful Gold Cup campaign, scoring seven goals in the process.

And the following season, where many expected him to kick on, he went backwards.  Something duly noted by his manager as he was prevented from representing his country at the Olympics (although they did pretty well without him).

Instead a rest was prescribed.  And it turned out to be the perfect medicine.  Because now we are seeing the real Hernandez: the fresh, pacey, always-playing-on-the-shoulder striker who is close to bettering last season’s goal tally already.

But while Hernandez’s issue was fatigue, Suarez’s was more complicated.

Luis Suarez joined Liverpool as one of the most prolific strikers in Europe.  In his four seasons at former club Ajax, he scored a remarkable 111 goals in 159 appearances.

The sceptics will say that was Holland, and even Dirk Kuyt was prolific in the Eredivisie.  But Suarez was a class apart.

While Hernandez is a natural goal poacher, his skill in the movement he makes before the ball reaches him, Suarez creates his own chances.  He moves with the ball, he beats people, he charges or dances his way through and in all that effort he often forgets the finishing touch.

He still scored plenty, but with composure he could have broken records.

But this season something is different.  Perhaps it is related to last year’s events between him and Patrice Evra, events that for once in an article about Suarez I won’t dwell on.  Or perhaps his new manager Brendan Rodgers, mindful of a lack of alternatives up front, has done whatever it is coaches do when they turn great players into world class ones.

But the glimpses we have always seen of the Uruguayan’s genius – most notably in a sublime lob at Carrow Road last year – are now commonplace.

Hernandez and Suarez: This season

Both strikers, Hernanedz and Suarez, are back doing what they do best.  And both will be near the top of the scoring charts come May.

And yet, how different their situations are, as Hernandez finds himself one of many strikers at United, while at Liverpool Suarez is doing it all on his own.