The numbers behind Tottenham’s transfer plans 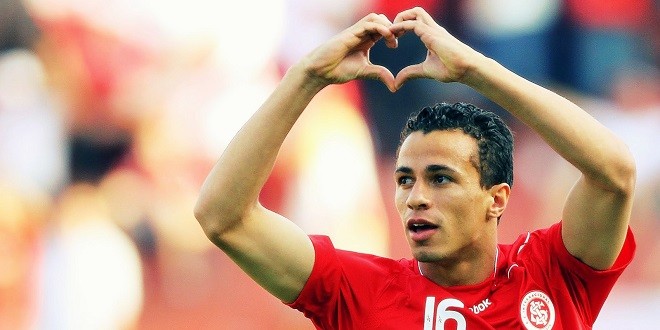 After the disappointment of missing out on the Champions League once more, Tottenham have a busy summer in the transfer window ahead. Andre Villas-Boas has the core of a side that can challenge consistently for the top four, and more, but needs a quality addition or two to bolster his contingent.

Couple this with Gareth Bale remaining at White Hart Lane and a number of big earners leaving, and the additional revenues from the new Premier League TV deal from next season and the blow of finishing fifth can be overlooked.

Heading out of Tottenham

The first element of Tottenham’s transfer strategy would be to offload the non-performers. This will not necessarily bring in huge transfer fees, but will streamline the wage bill and make funds available elsewhere.

Firstly veteran William Gallas is set to leave on a free transfer, which will mean one big earner off the books. A number of other fringe players need to follow him out the door. Brazilian goalkeeper Heurelho Gomes must be offloaded, and misfit David Bentley’s time is numbered.

From the first team, there will be question marks over the likes of Scott Parker and Emmanuel Adebayor. Parker has suffered an injury prone season and has failed to recapture the form that made him a driving force at the club when he first signed.

His constant pirouetting and clumsiness on the ball have made him a detriment to Spurs’ passing game, with Mousa Dembele and Sandro the club’s first choice in the centre of the park. This pair will be backed up by Tom Carroll and Tom Huddlestone – although doubts over the future of the latter remain as well.

Adebayor came onto a bit of improved form towards the end of the season, however a return of five goals is simply not good enough for a club with Champions League ambitions.

The difficulty in bringing the Togolese frontman to the club surrounded the financial aspects of the deal, and the African forward consumes a healthy portion of the White Hart Lane club’s wage allocation. This considerable weekly outlay could be relocated to pay the salary of one of the touted attacking transfer targets this summer.

All-in-all, Tottenham cannot expect to make a huge amount of money in transfer fees by selling Adebayor, Parker, Gomes and Bentley. £10-12 million seems realistic, with Adebayor covering the majority of this. However in wages, Spurs could save as much as £200,000 – £300,000 per week.

Gareth Bale’s potential new contract will cost the club added finances, but will be totally worthwhile should it convince the Welsh attacker to stay in north London. However, Spurs need top-quality additions to convince Bale that he is making the right decision in not jumping ship.

Due to failure to qualify for the Champions League, the very top players are out of reach. However the squad can still be boosted by players that will add to the existing quality. A striker, or two, and a central midfielder seem likely acquisitions.

In attack a number of names have been realistically touted. Leandro Damiao has been a long-term subject of admiration, and Tottenham are said to have been close to signing the Brazil international on a number of occasions previously.

It is believed that Internacional are realistic about the need to sell Damiao, who looks ready for a move to a major European league. The South American forward would cost in the £15-18 million mark.

Another name being linked to White Hart Lane is Valencia forward Roberto Soldado. The talented forward was one of the hottest prospects in the European game 12 months ago, but a surprise omission for Spain’s Euro 2012 squad has seen his stock drop.

With a lack of service at the Mestalla and the club in danger of missing out on Champions League football next term, Soldado may be convinced to follow former teammate Juan Mata to London. A transfer fee in a similar range to Damiao, potentially slightly higher, can be expected.

Finally, Aston Villa’s Christian Benteke has proven himself to be a tough and dangerous opponent this term, scoring 19 Premier League goals in a relegation-threatened team. The Belgian has recently admitted that if a top side came in for him it would be difficult to turn down, and Villa are not in a position to reject around £15 million. Competition from others, such as Arsenal, can be expected.

If you add another £10 million for a competent and able central midfielder it could well be an expensive summer for Tottenham.

Midfield names in the hat to join the club include Barcelona’s Sergi Roberto, who is valued in the £7 million bracket. Wigan’s James McCarthy looks likely to move after his side were relegated, and Villas-Boas is thought to be an admirer – another £7-10 million would be necessary to secure the Latics’ star man.

Finally, another attempt could yet be made for sign Porto playmaker Joao Moutinho, who Villas-Boas was desperate to sign last summer. Spurs may have to move quickly however, as wealthy French side AS Monaco have opened negotiations over a transfer.

Tottenham’s number one priority this summer should be to keep Gareth Bale, and to bring players to the club to take the goalscoring responsibility from his shoulders. This will not come cheaply, but the reward of Champions League football would certainly be worth the investment.