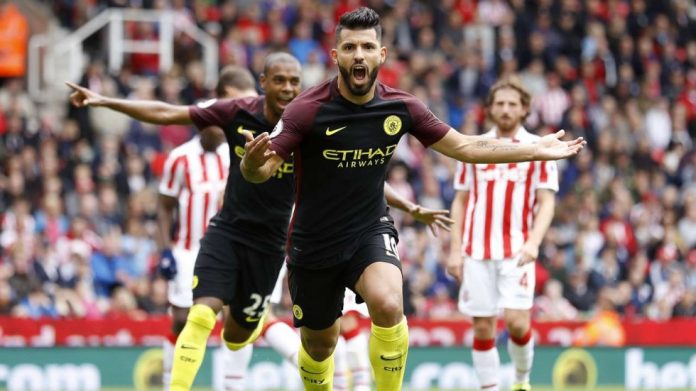 What a time to be an English Premier League fan!  The season of super star managers has begun and we are all excited to witness a season that is sure to be thrilling.  As FanaticData, we are excited to bring to you the Most Valuable Offensive Players’ (MVOP) rankings throughout this season.

Click here to see how we calculate the rankings.

Last season, Jamie Vardy won our inaugural MVOP rankings after a season in which he collected multiple accolades for his stunning offensive performance for champion side Leicester City.  We expect him to put up a good fight to defend his title as the Premier League’s MVOP.  Defending his title won’t be easy.  Our favorite to win the title is Tottenham’s Harry Kane who started slow last season but finished strong.  If he continues at the pace he completed last season with, the MVOP award should be in the bag for the young striker.

Other players we will particularly be paying attention to are Manchester United’s Zlatan Ibrahimovic, Manchester City’s Sergio Aguero and Vardy’s teammate Riyad Mahrez who finished second last season in our rankings.  Our dark horse candidate is Watford’s Odion Ighalo who was ranked 3rd in the rankings for the most part of the first half of the season before his performance dipped in the second half.  With another season under his belt, we expect him to consistently perform this season.

Nevertheless, the most excited part of the rankings is the unpredictability of which players will be ranked (No one guessed Jamie Vardy would have the performance he had last season).

MVOP Rankings For The Premier League After Matchday 2

With the introduction out of the way, let’s share the top 15 MVOPs after matchday 2. 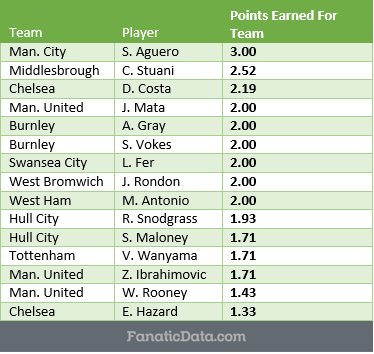 Manchester City’s Sergio Aguero has had a fast start to the season and leads our rankings after matchday 2.  Expect him to have a better offensive performance this season in Pep Guardiola’s 4-3-3 system.  There are a few surprises in the initial rankings including %33 of the players ranked being from newly promoted sides (Middlesbrough, Burnley and Hull City).  The biggest surprise of course is that the top 3 finishers from last season are not in the rankings (Vardy, Mahrez and Kane).  We expect all 3 players to wake up from their early season spells and shake up the top 15 in the coming weeks.

Check back in after matchday 4 to see the updated rankings for the Premier League!