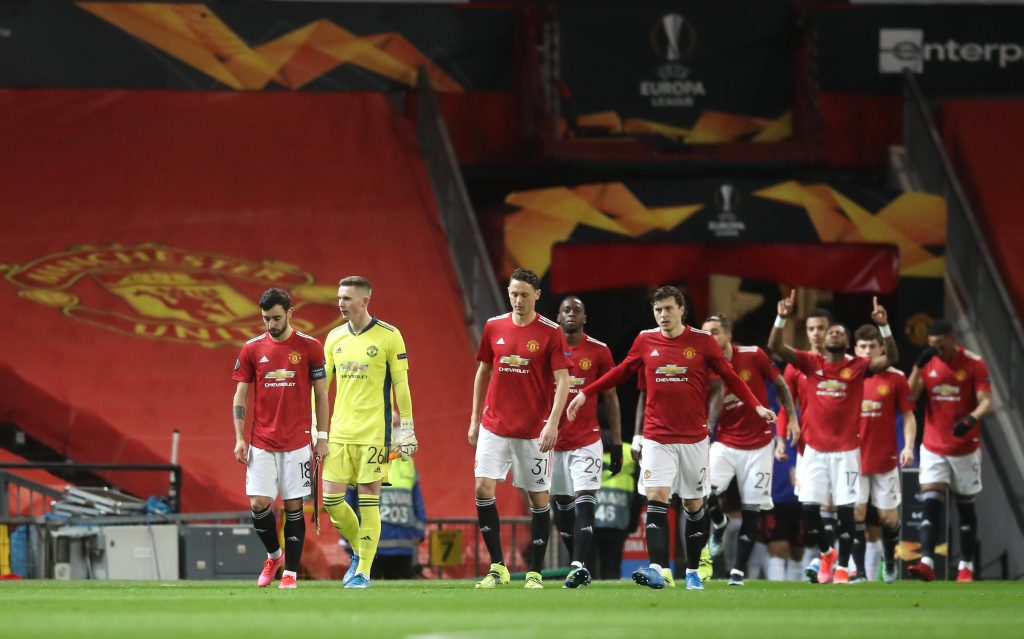 Manchester United’s Ole Gunnar Solskjaer has claimed the club have changed the colour of their seat coverings at Old Trafford in an attempt to improve their form.

The Red Devils have lost six of their 24 games at Old Trafford this season, compared to three defeats in 26 matches away from home.

In a bizarre attempt to improve their home form, United have decided to change the colour of their seat coverings due to several complaints from players.

According to the United manager, players have complained that the red banners cause confusion when looking for their teammates, due to a clash with their home kit.

“We’ve looked into this,” Solskjaer explained on Wednesday, as quoted by the BBC.

“There shouldn’t be a reason, really, but some of the players have mentioned that split-second decision you have to make where you look over your shoulder to see if your teammate is there or not and the red shirt is on a red background with red seats.

“You’ll see a change now, if you see the banners around the club it’s not red anymore.”

SL View – Will this change really make a difference?

While it’s unlikely we will see United going unbeaten at home for several years because of a change in colour, Solskjaer will take any advantage he can get.

As mentioned in the BBC’s article, Sir Alex Ferguson once made his players change kits at half-time of a match with Southampton in 1996.

This came after players struggled to find each other in the grey kits they were playing in, although United still lost that game 3-1 after a change of wardrobe.

However, if United build upon their performances away from Old Trafford and improve their home form next season, it could be an exhilarating year for the fans.