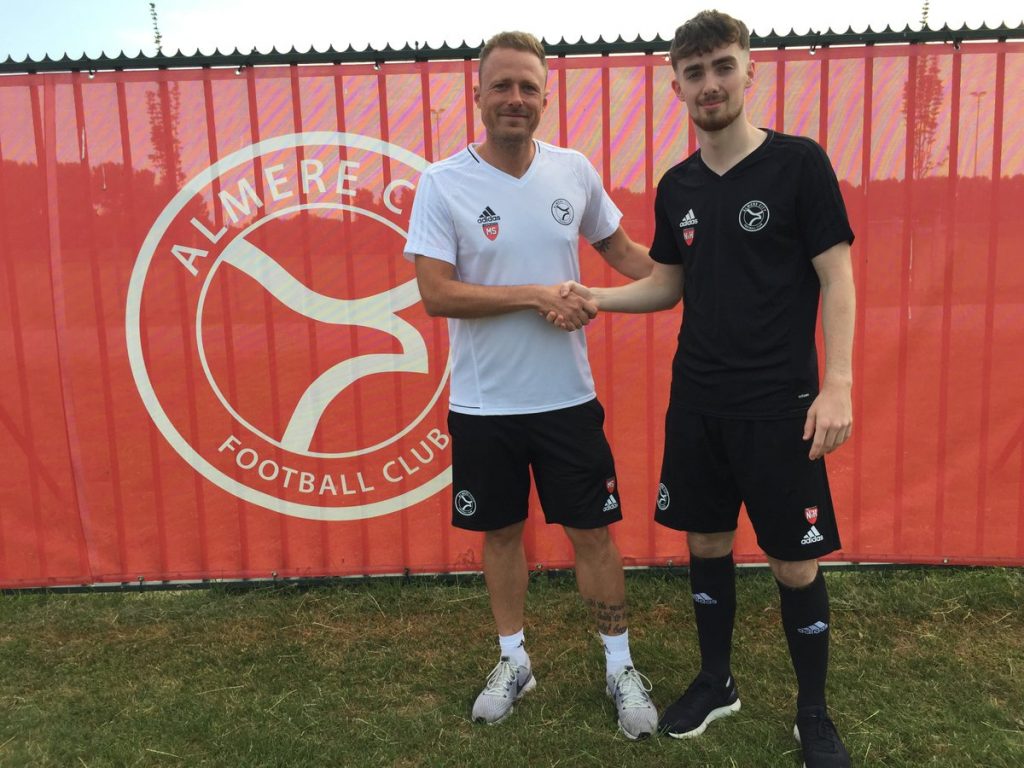 Manchester City confirm Edward Francis has joined Almere City FC on a season-long loan. Described as a ‘talented defender’  by his new club, Francis will be hoping to pick up first-team football at the Yanmar Stadion to develop into a player that could potentially become a regular for his parent club in the future.

The England defender, who has made four caps for the u19s, has yet to make a first-team appearance for Manchester City. He’s risen from the youth ranks to the cusp of the senior side, making 31 appearances for the u18s, 11 for the u19s and 28 for the u23s.

Francis has stiff competition for a place in Pep Guardiola’s side, however, with Aymeric Laporte, Vincent Kompany, John Stones and Nicolas Otamendi currently fighting for a spot in the starting eleven. The presence of Phil Foden in the first-team does prove there’s a pathway for young players to the senior squad, but it’s a difficult journey.

If the 18-year-old can get valuable competitive experience with Almere in the Keuken Kampioen DivisieKeuken Kampioen Divisie next season, he stands half a chance of getting Guardiola’s attention. The centre-backs ahead of him in the pecking order will make his chances of playing time difficult, however.