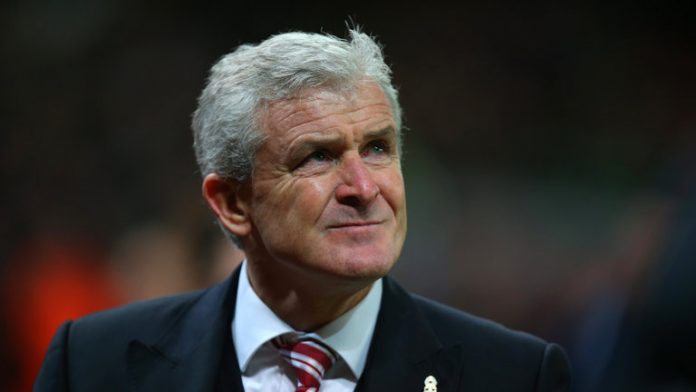 Mark Hughes and Stoke City. Do either of those names immediately make you think of light and fluffy football purity? Thought not.

During his playing career Hughes wasn’t exactly known for his softly-softly, let’s play by the rules approach, often battering his way though opposition defences to get to where he wanted to be.

His managerial career has run along similar lines, with many of the teams he’s been in charge of mirroring his own belligerent win-at-all-costs nature.

All of which makes his criticism of Bournemouth’s time-wasting tactics after they beat his Stoke City side 2-1 on Saturday very hypocritical.

“Second half, obviously with the wind on our backs, we made a lot better use of the ball and got some decent balls in from good areas but we couldn’t find those final touches that we needed,” he told Sky Sports.

“Bournemouth, as is their want – and they did exactly the same last year – they just killed the game and wasted time. Unfortunately when you go behind it is difficult and as an away team why wouldn’t they do that?

“In the second-half we were the team that was really trying to force the issue whereas Bournemouth were just trying to keep us at bay, but the damage was done in the first half unfortunately.”

Boo-hoo. Hughes has effectively criticised Bournemouth for doing what Stoke have been doing to opposition teams for years.

Pointing the finger at your opponents for your own team’s shortcomings is a classic managerial tactic, but Hughes is kidding himself if he thinks Bournemouth’s ‘time-wasting’ cost his team victory.

20 goals conceded in nine league games tells its own story, and Hughes’ attempts to deflect attention elsewhere smack of a manager who knows his position is under threat.