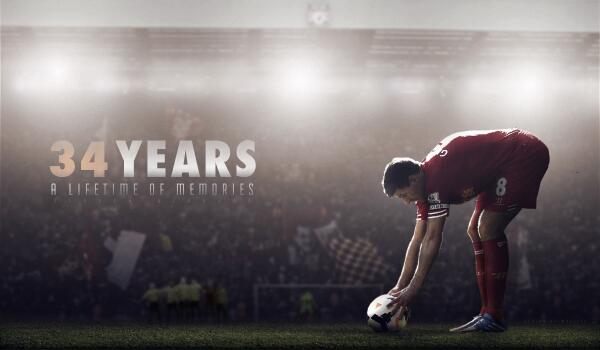 It has been coming.

The time has come for the Anfield faithful to bid farewell to their greatest player. Their leader, their legend, Mr. Liverpool himself.

Not just Liverpool fans, but every football fan will grieve the fact that Steven Gerrard steps out on to that Anfield pitch for just one more time.

Liverpool will play Crystal Palace this Saturday and it’s not about three points, or Europa league places. It is all about paying a worthy tribute to the man who has single handedly carried the club for over a decade.

Back in 97-98 when a skinny old boy from Huyton stood on the touchline, waiting to come on for his Liverpool debut, few would have thought that he would go down as the greatest player in the club’s long and illustrious history.

From his heroics at Istanbul to the explosive performance in Cardiff, Steven Gerrard has given memories that will last a lifetime.

Before he steps out on the hallowed Anfield turf for one last time, in what will be a very sad day for Liverpool football club, here are three of his greatest moments as a red. 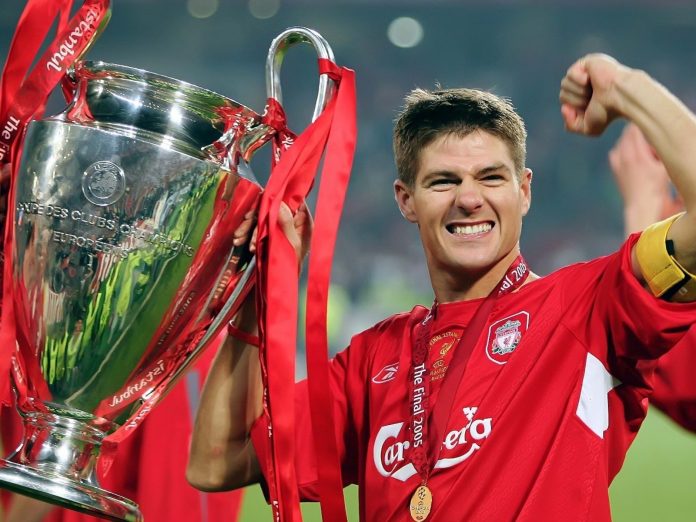 The Champions League final at Istanbul is arguably the pinnacle of his Liverpool career. Having been decimated in the first half by an inspired Milan side, Gerrard roared his side back into the game with a brilliant header in the second half. He also won the penalty that eventually resulted in Liverpool’s equalizer.

Apart from putting on a world class performance against the Italians, Gerrard displayed courage and passion befitting of a Liverpool captain.

The FA Cup final in Cardiff or as it is commonly referred to as the Steven Gerrard final, remains one of the greatest cup matches ever played in England. 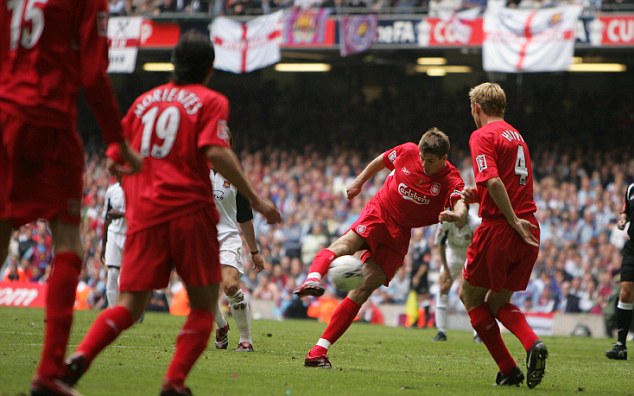 The favorites got back into the game thanks to their inspirational skipper, Steven Gerrard, whose raking pass was converted by Djibril Cisse. Gerrard turned on the heat with a stunning leveler after he smashed in a knock down from Peter Crouch on the hour mark.

However, Konchesky’s freak goal seemed to have decided the game in West Ham’s favour.

Steven Gerrard had other plans. Gerrard made his presence felt, to devastating effect, as he cannoned past Hislop from 40 yards out in injury time.

The Reds went on to win the game in penalties.

Istanbul will forever be one of the greatest Champions League finals ever, but there is no Istanbul without Steven Gerrard and Olympiakos. 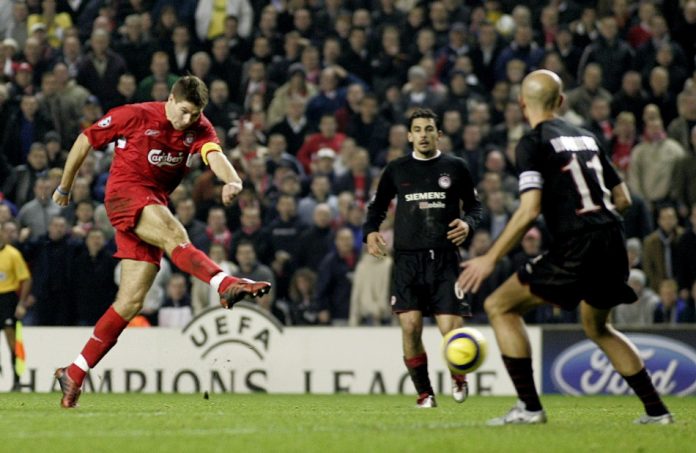 Having struggled in their first five group games, the reds need a two goal victory against Olympiakos to get through to the knockout stages.

Liverpool were dealt a damaging blow when Rivaldo scored for the Greek outfit and silenced a rowdy Anfield crowd. Liverpool leveled the game when Sinama-Pongolle got at the end of a Harry Kewell cross.

The Reds took the lead with nine minutes to go, through a Neil Mellor tap in.

Two goals were not enough for Liverpool. With the Reds needing another goal to secure qualification, Steven Gerrard sent Anfield into a state of frenzy with a 25 yard volley five minutes from time.