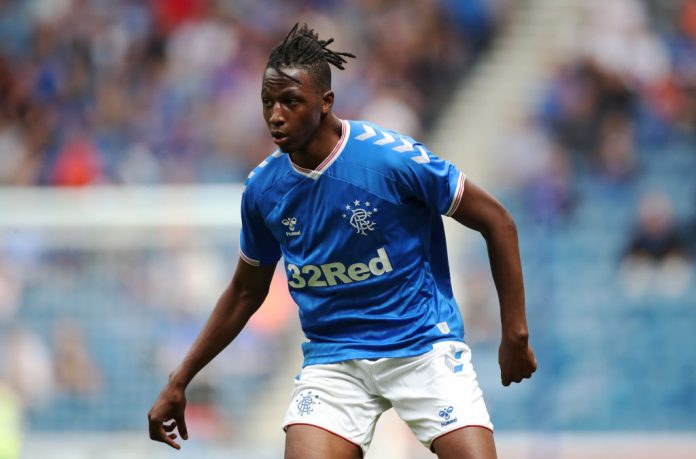 Glasgow Rangers earned a 2-0 victory against Progres Niederkorn in their Europa League first leg qualifier clash at Ibrox on Thursday.

Rangers new signing Joe Aribo scored the opener, while loan signing from Liverpool Sheyi Ojo added a second after the break to make it a comfortable win.

After the game, the Gers boss Steven Gerrard was full of praise for Aribo who has been simply superb since joining the club from Charlton Athletic during the summer transfer window.

Aribo was superb for Rangers during their 10-0 aggregate win against St Joseph’s, and Gerrard feels the midfielder has made a great start to his career at his new club.

Gerrard is heavily impressed with the 23-year-old’s work rate and believes he should take great confidence from the way he has started.

The Liverpool legend has predicted a big future for the former Charlton midfielder, but at the same time added that it would be unfair to put extra pressure on him with high expectations.

“I thought he was excellent throughout in both sides of the game. He works ever so hard for the team and positionally he gets the message. He’s picked it up really quickly,” said Gerrard to the Scottish Sun.

“In terms of attributes and where he can go in the game, it’s up to Joe. He’s started his Rangers career very strongly. He’s got the fans where he needs them. He should take huge confidence from the way he’s started.

“I predict a big future for him but I think it’s important also not to pile too much expectation on the kid. He should continue to do what he’s doing and enjoy it. He’s playing in front of 45,000 in Europe and not many clubs can give him that opportunity.”

Indeed, Aribo is proving to be an inspired signing for Rangers and it is up to him now to continue this form throughout the season.