Steve Clarke – From the shadows to the Champions League? 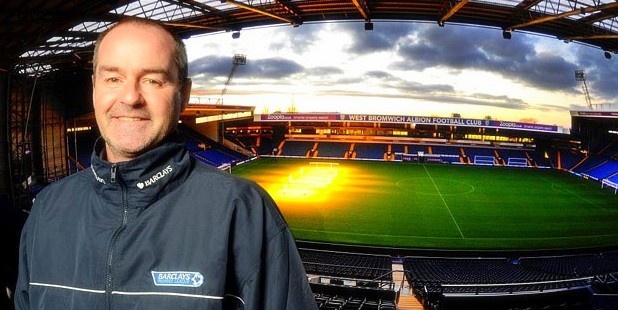 Steve Clarke spent years assisting managers, quietly watching miracles and mistakes while taking none of the credit or blame.  But today, as his West Bromwich Albion team sit third in the Premier League, it is clear he was learning during every single moment of those tenures.

Clarke has always been championed by the players he worked with.  But only now are we seeing why.  Having finally been given the chance to manage a team of his own, he has turned the Baggies into potential Champions League qualifiers… Even if he doesn’t want us to think so.

When interviewed after Saturday’s 4-2 win against Sunderland, Clarke said:

“To talk about Europe would be folly.  We’ll keep our feet on the ground.”

And he’s right.  Because despite their excellent start to the season, his team are yet to play away to any of their fellow top seven.  And managers and fans from every year past will tell you that league tables in November too often tease with the prospect of what ultimately proves an impossible dream.

But wherever they finish, there is no question West Brom have finally lost the ‘boing-boing’ label.  They are firmly established now, due in no small part to Roy Hodgson, who left such solid foundations for Clarke to build on.

But it seems most of Clarke’s building has been in confidence rather than personnel, because he is winning with a team almost entirely inherited.  Only summer signing Claudio Yacob and loan striker Romelu Lukaku have been added to the match-day squad, and yet they have propelled them to another level.

For the sum total of nothing, Clarke brought in an outstanding midfielder and a goal threat who, when he gets on the pitch, almost invariably scores.

But it is also players like James Morrison, Jonas Olsson and Peter Odemwingie – players who have always been good but now seem even better – who tell us everything we need to know about Clarke’s style of management.  He tells players how good they are, and then asks them to prove it.

Soon after his appointment, where other managers would target survival or keep quiet, Clarke challenged his players to win a trophy.  It sounds like the simplest motivational tool in the world.  But it seems to be working.

A quick glance at their upcoming fixtures suggests that, an away day at the Emirates apart, West Brom have every chance of finishing the year in the top four.  They end 2012 with a trip to Old Trafford, but already five points clear of fifth-placed Everton, a few dropped points may not cost them their current lofty position in the short term.

Will they qualify for Europe?  I doubt it.  But if they continue to play as they have been, and they get lucky, there won’t be many who finish above them.

January’s Africa Cup of Nations will see them without Odemwingie and Youssouf Mulumbu for up to six weeks.  But Clarke believes they have the players to replace them.  And it is that belief, in everyone, that explains why this fairy tale may just have a happy ending after all.