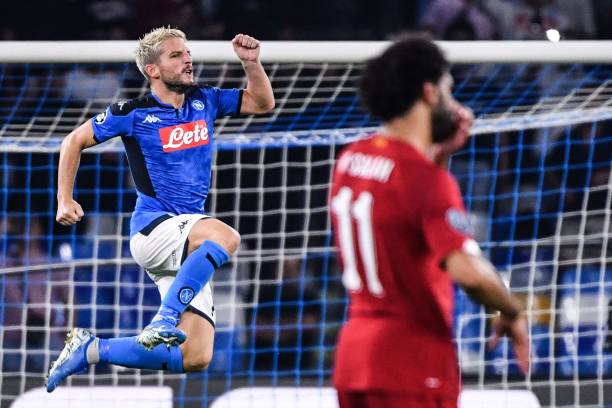 A selection of Liverpool fans on Twitter are in favour of the Reds signing Dries Mertens on a free transfer at the end of the season.

Mertens has been with Napoli for the past six-and-a-half years and during this period, he has registered 121 goals and 73 assists from 311 appearances across all competitions.

However, his association with the Serie A club could conclude during the summer, considering he has yet to accept a two-year contract offer on the table.

He has already been linked with a Premier League move to Chelsea but it appears that the Reds have now joined the race to land his signature.

According to Tuttomercatoweb, Jurgen Klopp’s side want a versatile attacker, who can play out wide or through the middle and Mertens has been identified as an option.

The same outlet adds that the Merseyside giants will offer the 32-year-old a three-year contract in order to lure him to the club during the summer.

When Mertens first arrived at Napoli, he was largely played on the wings but he made the positional change at the beginning of the 2016/17 campaign after Arkadiusz Milik’s serious knee injury.

The £130,000-a-week star has since made the position his own whenever he has started and he would have caught the eye of Klopp after scoring in both Champions League group stage games against the Reds this term.

Mertens will be already 33 at the beginning of next season but he would still prove a quality option to have on the bench and could even step up to the starting XI when required.

Here are some of the Twitter reactions from the Reds supporters:

Be very happy with that. Great bit of business

I want this to happen.