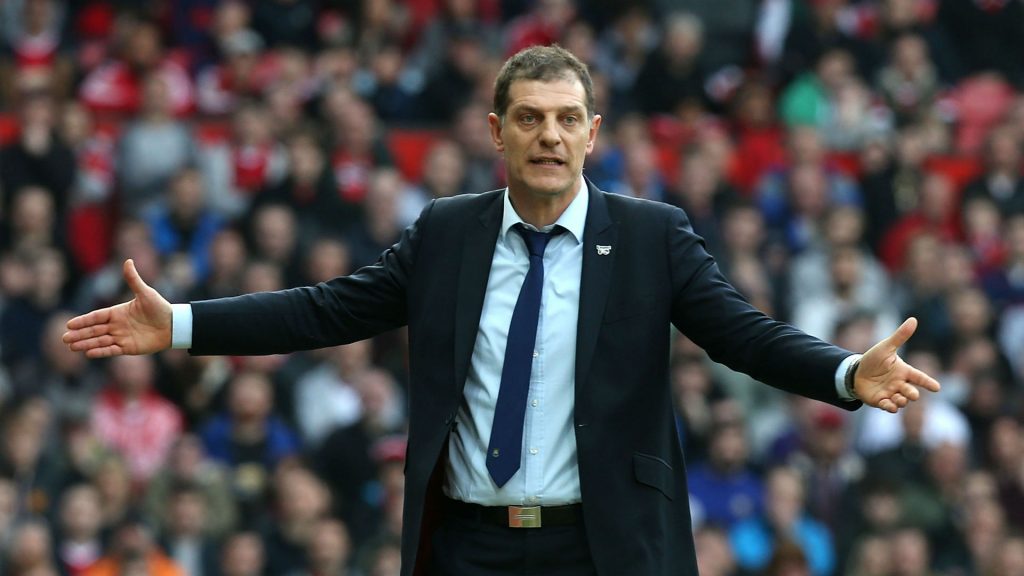 Slaven Bilic is hanging on by a thread as West Ham manager following Saturday’s 3-0 defeat at Newcastle.

The result left the Hammers rooted to the bottom of the table and Sky Sports says the club is seriously considering the Croatian’s future.

West Ham’s owners stood by Bilic after the club flirted with relegation last season, bringing in the likes of Marko Arnautovic and Javier Hernandez this summer.

The Hammers produced an insipid display at St James’ Park as the hosts comfortably secured their first victory of the season.

Bilic has one year left on his contract and talks about extending his deal were shelved earlier this year after a series of poor results.

Newcastle boss Rafa Benitez has been linked with the West Ham job, with the Spaniard known to be unhappy about the Magpies’ transfer policy this summer.

Benitez almost joined West Ham two years ago, but he was offered the Real Madrid job at the last minute and the Hammers appointed Bilic instead.

The West Ham boss admitted after Saturday’s defeat that Newcastle had been better in every aspect of the game.

“After the game against Southampton, we lost the game, we still had zero points but I was still very, very positive with the way we played, with the way we reacted after we were left with 10 men.

“This is different, this is worrying, but like for every club, it has its ups and downs and nobody will take us out of this situation but ourselves.

“Look, I am the manager, it’s my job to be confident and to believe in good and bad times.

“Even when the times are bad, then you see the importance of the job more than in the good times. I haven’t changed in that.”