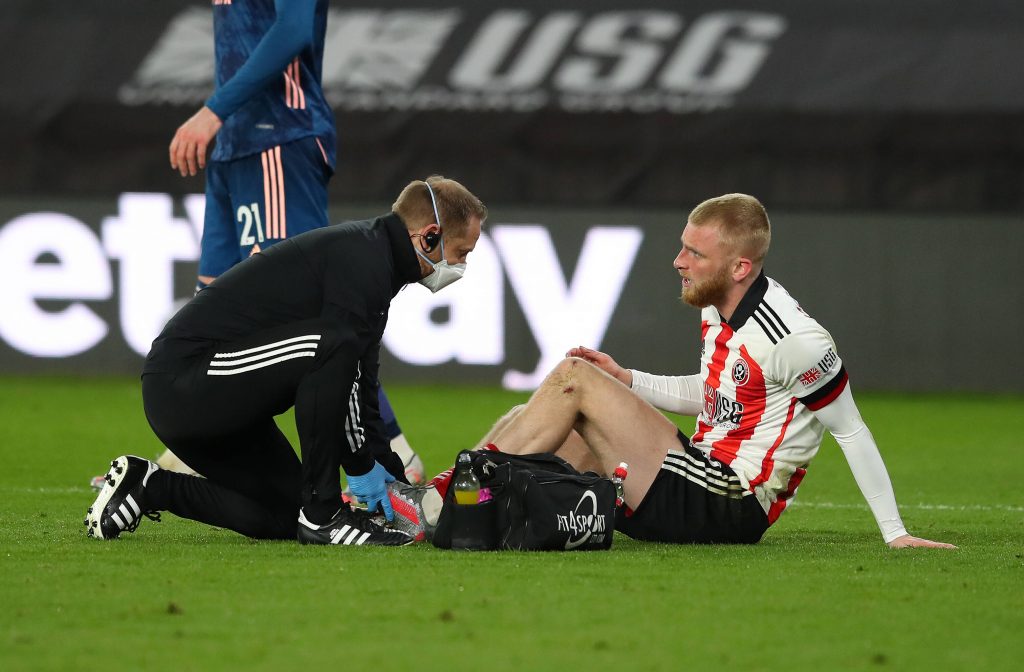 Sheffield United have been dealt another injury blow this week, with manager Paul Heckingbottom confirming Oli McBurnie will miss the rest of the season.

The Blades have had an injury-hit season so far, something which is no doubt a contributing factor in their potential relegation.

Paul Heckingbottom’s side are currently bottom of the Premier League and 19 points from safety with just seven games remaining in the campaign.

Eight first-team players missed the game with Leeds at the beginning of the month, emphasising the problems the club has had this season.

Now, ahead of their clash with Wolverhampton Wanderers on Saturday, Heckingbottom has confirmed that McBurnie will miss the remainder of the campaign with a metatarsal injury.

“Oli is out for the season as well – he’s got a stress fracture in his fifth metatarsal, so we’ve lost two forwards, which isn’t positive,” Heckingbottom explained, as quoted by the Sheffield Star.

Billy Sharp has already been ruled out for the remainder of the season, having suffered a thigh injury in training.

McBurnie’s injury could also have implications for the Scottish national team, with the European Championships fast approaching.

SL View – Sheffield United to go down this weekend?

Sheffield United fans could be put out of their misery this weekend.

The Blades will be relegated to the Championship if they fail to beat Wolves, and Newcastle United avoid defeat against West Ham United in the lunchtime game.

It is fair to say that their relegation has been coming for a while now.

A combination of poor form and an injury-hit season saw them installed as the early favourites for relegation, and that has never really changed.

Chris Wilder’s departure was United’s last attempt to salvage the season, but Heckingbottom is yet to win his first point as Blades boss in four attempts.