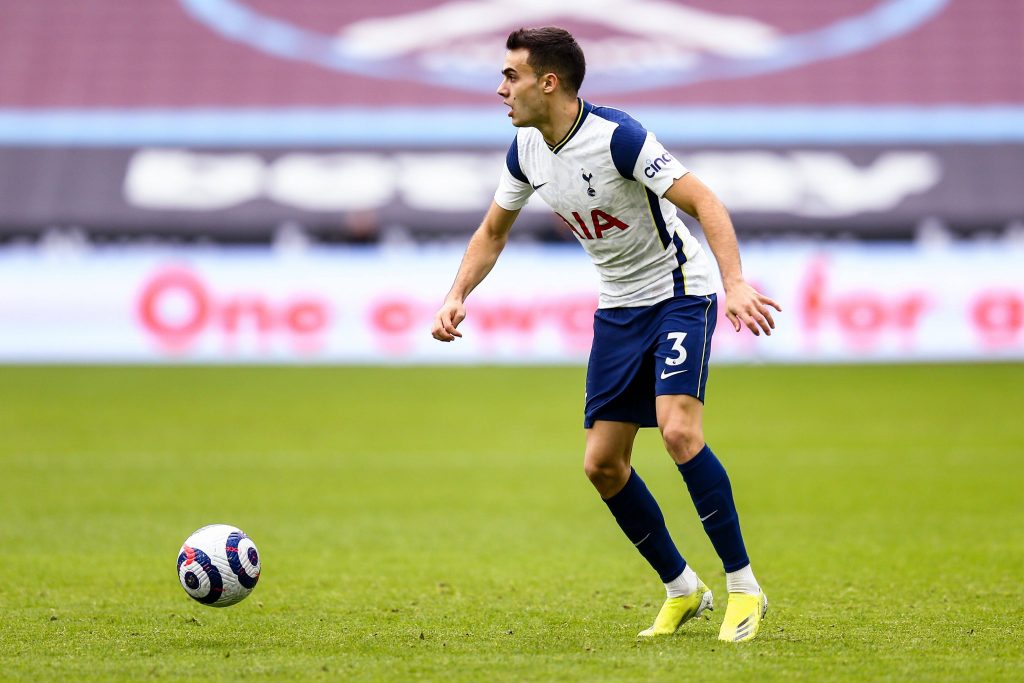 According to Sky Sports, Tottenham Hotspur left-back Sergio Reguilon is in a race against time to be fit for his side’s Premier League trip to Newcastle United this Sunday.

Spurs are already without Ben Davies after he pulled out of the Wales squad at the beginning of the international break due to a calf injury, and they cannot afford to lose another left-back.

Reguilon was withdrawn during Tottenham’s win over Aston Villa after a knock to his foot, missing out on international duty with Spain as a result.

While the former Real Madrid man has since returned to light training work this week, he is yet to return to full training with the rest of the players not with their countries during the international break.

With just three points and two places between them and the Champions League spots, Spurs cannot afford to drop any more points in their remaining nine Premier League games.

Newcastle are fighting to escape the drop, and they will be looking to shock the north Londoners on Sunday.

Being without Reguilon for the game would be a huge blow for Tottenham, given his impact since joining in the summer, and here is how some of their fans have reacted to the news.

No Davies Doherty or Reggy… cant see Jose throwing Cirkin at the deep end.
Back 3 of Toby Rodon Sanchez.
Midfield 4 of Gio Tanguy Pierre and Lucas with Kane Bale and Vini ahead or something.

So who we gonna play? Cirkin is our only other left back

Tanganga at lb it is

Call back sess and throw him straight in at left back

With Matt Doherty also injured, Mourinho could deploy Serge Aurier at left-back against Newcastle. The Portuguese is unlikely to throw the young Dennis Cirkin into action for such a clash.

In other news, this European club reportedly want to lure Spurs star back home this summer.