Scout Report: Signing Ben Davies could prove to be a smart piece of business for Liverpool 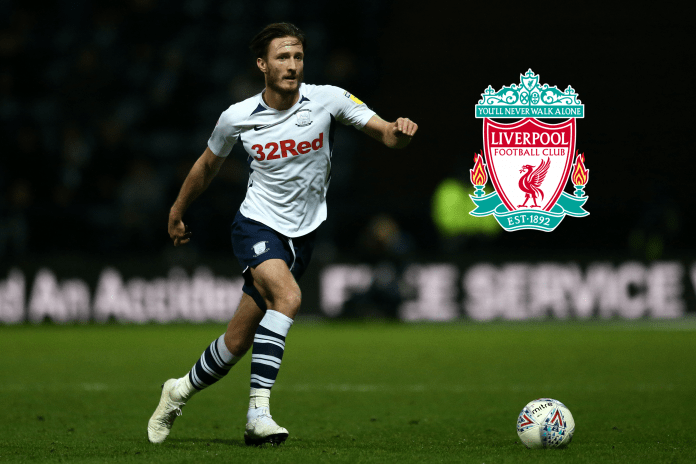 Preston North End’s Ben Davies (not to be confused with the man who had a defensive shocker against Brighton & Hove Albion) is set to join Liverpool on deadline day, with the Reds’ under-23 defender Sepp van den Berg moving in the other direction on loan.

The Premier League’s defending champions are only going to be paying £500,000 initially, with an additional £1.1 million included in performance-related clauses and Preston securing a 20% sell-on fee.

Ben Davies currently undergoing the medical tests with Liverpool are reported by @JamesPearceLFC.

Davies climbed up the ranks of the Preston academy, which he joined aged 11. Aged 17, he made his senior debut for the Lilywhites in League One. He was loaned out to York City for the 2013/14 season, and although he was recalled early owing to an injury crisis at Preston, he failed to break into the squad, visiting Tranmere Rovers, Southport, Newport County and Fleetwood Town in the next three seasons.

The Barrovian centre-back finally broke into the senior Preston set-up in 2017, for whom he has made 132 appearances since. Altogether, he has featured in 250 football matches in his professional career, so the 25-year-old centre-back does have a fair amount of experience.

Liverpool are his surprise destination now, so let’s quickly go over his game:

Davies is a left-footed centre-back, who can play on the left of a back-two or back-three. During his younger days, he was also deployed as a left-back or even a left wing-back, but that is not why he has been brought to Liverpool. He is calm on the ball and does not shy away from possession. While perhaps not the best at defending, the 25-year-old centre-back has a good sense of danger.

He can play as a left-sided centre half, on the left of a three, as a left-back or a left wing-back. He’s not the biggest but he’s comfortable with both feet and reads the game really well. He steps out with the ball.

As aforementioned, Davies is quite comfortable with the ball at his feet, so his ball-playing ability will certainly prove useful to Liverpool. As we mentioned in our analysis of Liverpool’s problems, the main issue with their lack of fit senior centre-backs has not been defensive – but rather offensive since the makeshift defenders have not been as adept at progressing the ball. Therefore, Davies’ long-passing ability will surely be useful. In the last four seasons, the Preston academy graduate has averaged 5.5 long balls per match, completing a very high 77.59% of them.

While defending is not one of his greatest strengths, Davies is calm at the back. Therefore, he does not make too many rash challenges – getting dribbled past only once in every 4.3 matches on average while giving away only 0.5 fouls. Again, those are some very good numbers.

The main weakness in Davies’ game that opponents may look to exploit is his pure defensive ability. The 25-year-old defender may have a tough time against some of the more physical Premier League forwards since he only won 59.76% of his aerial duels in the last four seasons of the Championship. While that is not any less of a physically challenging division, the top-tier is, as you would expect, a cut above.

Another slight problem in Davies’ game is that he takes too many risks with the ball at times. This season, he has only completed 75% of his dribbles, and his pass completion rate of 76.3% from 42.9 passes per match on average is perhaps a bit on the lower side. However, with some far better and more senior players like Henderson and Fabinhho around him, Davies will probably refrain from doing anything too daft.

There are no two ways about it – the only reason Davies has been signed by Liverpool is their injury crisis at the back. While they have reportedly been scouting him for a number of years, there was no way he was going to be signed straight from Preston unless there were some serious issues at Merseyside. With the financial impact of the pandemic coupling their lack of centre-backs, a shrewd move like this was certainly the best option.

You would expect Davies to replace the likes of Nathaniel Phillips and young Rhys Williams in the Liverpool line-up, as he is sure to be partnered by a more senior defender – either Joël Matip (who currently is out with – believe it or not – yet more ligament damage) or one of the two makeshift centre-backs in Fabinho (who is the better option) and Jordan Henderson.

However, after Liverpool’s big guns – namely Virgil van Dijk and Joe Gomez – return from their injuries (most likely before the next transfer window), Davies will almost certainly find himself on the fringes of the Liverpool squad, so a loan move or a permanent departure in the summer is fairly likely.

Here too, joining Liverpool will help the ex-Tranmere Rovers defender. By simply having his name on the books of such a big club, his value will easily go up by a few million, and he will be watched by top-flight clubs from not only England but all around Europe. So, securing some quality first-team football should not be an issue for the 25-year-old defender.

As far as a win-win-win situation is concerned, they don’t get much better than the one we have on our hands right now. Preston get a much-needed stack of cash (owing to the pandemic), Davies’ career skyrockets effectively overnight, and Liverpool get a short-term budget fix to their centre-back problems.

The battle of the Ben Davies’ is set to take the Premier League by storm, but unfortunately, we will not be treated to a direct Ben Davies derby since Liverpool have already faced Tottenham Hotspur twice this season. Either way, this is set to be an exciting clash for dominance in the Ben Davies realm.