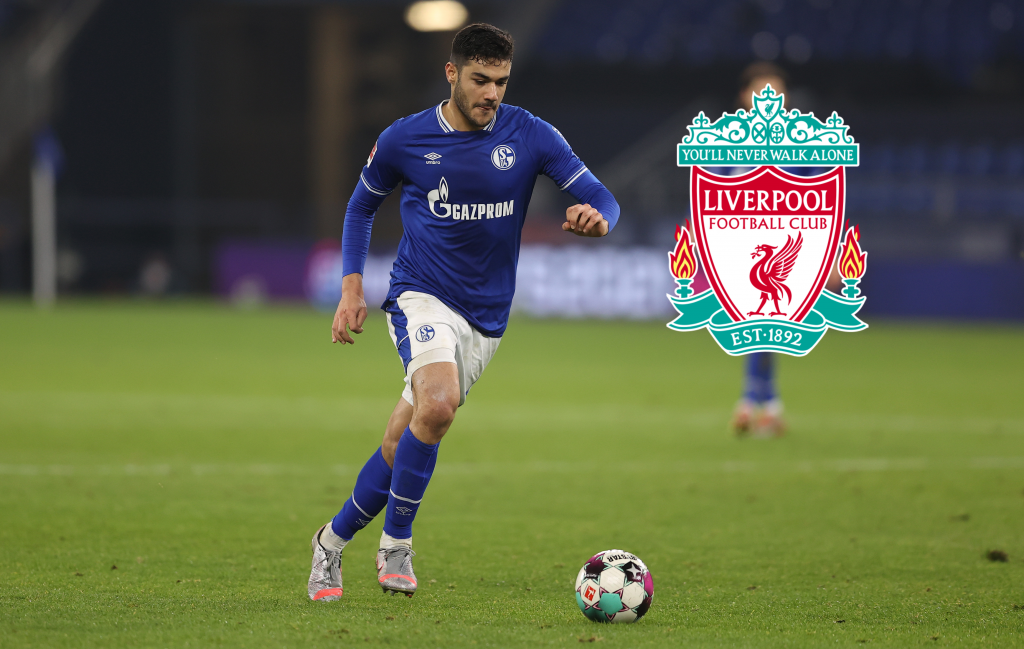 The second deadline day defender that Liverpool are set to sign is Ozan Kabak, with Preston’s Ben Davies being the first.

The Reds are reportedly set to pay Schalke a £2.5 million loan fee with an option to buy for £20m in the summer, with the Royal Blues looking to recruit Arsenal defender Shkodran Mustafi as his replacement.

Liverpool have reached an agreement over personal terms with Ozan Kabak. Agents fee agreed too. 🔴 #LFC

Negotiations on with Schalke – #S04 want to include the obligation-to-buy and still working for the replacement [Mustafi talks on].#LFC also have a plan B. ⏳ #DeadlineDay https://t.co/Ng7nulrSiR

The 20-year-old Schalke defender joined Galatasaray’s youth academy aged 11, signing his first professional contract six years later. After impressing in the first half of the 2018/19 season in the Süper Lig with 12 starts and four Champions League outings, he was snapped up by Stuttgart in Germany. He spent half a season at there as Die Schwaben got relegated, but the young defender once again impressed in 15 league starts.

Kabak was then reinstated in the Bundesliga prior to the 2019/20 season as Schalke signed him on a five-year deal. He has made 40 league appearances in the 18 months he has spent in Gelsenkirchen, while also getting his international debut as a teenager in the Euro 2020 qualifiers.

After being linked with a transfer in the summer, the Turkish defender is finally moving to England – Liverpool specifically – so let’s take a look at why he is so highly-rated in Germany.

Kabak is a right-footed centre-back, so he naturally plays on the right side of defence, but has also adapted to the opposite side recently. He is adept at playing both in a back-four and in a back-three, but the latter will probably not be used by Liverpool. He is very good on the ball and physically strong. Overall, he is very close to being a complete modern defender, and in terms of potential, could even be compared to Virgil van Dijk.

Kabak is a man of many strengths. First of all, let’s take a look at his aerial ability. With 60 aerials won this season, he ranks 10th in the Bundesliga in that category. Further, the Turkish defender has maintained a success rate of 83.33% in that regard this season. Therefore, he poses an aerial threat from set-pieces too, having scored five out of his six career goals from such situations and getting 83.33% of his shots from such positions.

Then comes his ball-playing ability. Kabak has averaged 61.2 touches per match this season, completing 40.07 carries and covering 120.14 yards in progressive distance in the process. To add to that, the 20-year-old centre-back has made 49 passes per match with an accuracy of 87.9%. His long pass completion rate of 70.9% is also pretty high this season, as is his 0.72 shot-creating actions per 90 for a defender.

It must be noted that while Kabak’s statistics are not bad by any stretch of the imagination, they perhaps still underplay his quality owing to the fact that he has played for a relegation-threatened Schalke this season.

Kabak does not have too many weaknesses, but his decision-making can be a bit suspect at times. This season, he has made numerous errors leading to shots, but once again, given the fact that he will be surrounded by experienced and vocal players like Jordan Henderson and Fabinho in England, this problem should be squeezed out of his game.

For the remainder of this season, Kabak will be tasked with slotting into the heart of the Liverpool defence, where he will potentially partner the likes of Fabinho or Joël Matip (if the Dutchman stops getting injured so often). If he really manages to impress, Jürgen Klopp may even throw him in as the more senior centre-back alongside fellow new-boy Ben Davies, freeing up Fabinho to return to defensive midfield.

If Davies was a short-term stopgap signing, Kabak could end up proving to be a lot more than that. Right now, he is only joining the Merseyside giants on loan, but don’t be too surprised if the option to buy is triggered in the summer given his quality. If that does happen, he should give Joe Gomez a run for his money for the right centre-back role alongside van Dijk.

If all goes to plan, this signing could go down as one of Liverpool’s best in recent history. Of course, van Dijk-levels will be hard to hit, but Kabak undoubtedly has the talent to come close to the world-class Dutch defender, especially if he will be partnering him at the back.

For now, though, the Turkish defender must remain focused on the task at hand – slotting into and making a spot in the Liverpool defence his very own at least for the rest of the season. Should that be a success, then £20m for Kabak in the summer will be an absolute steal.