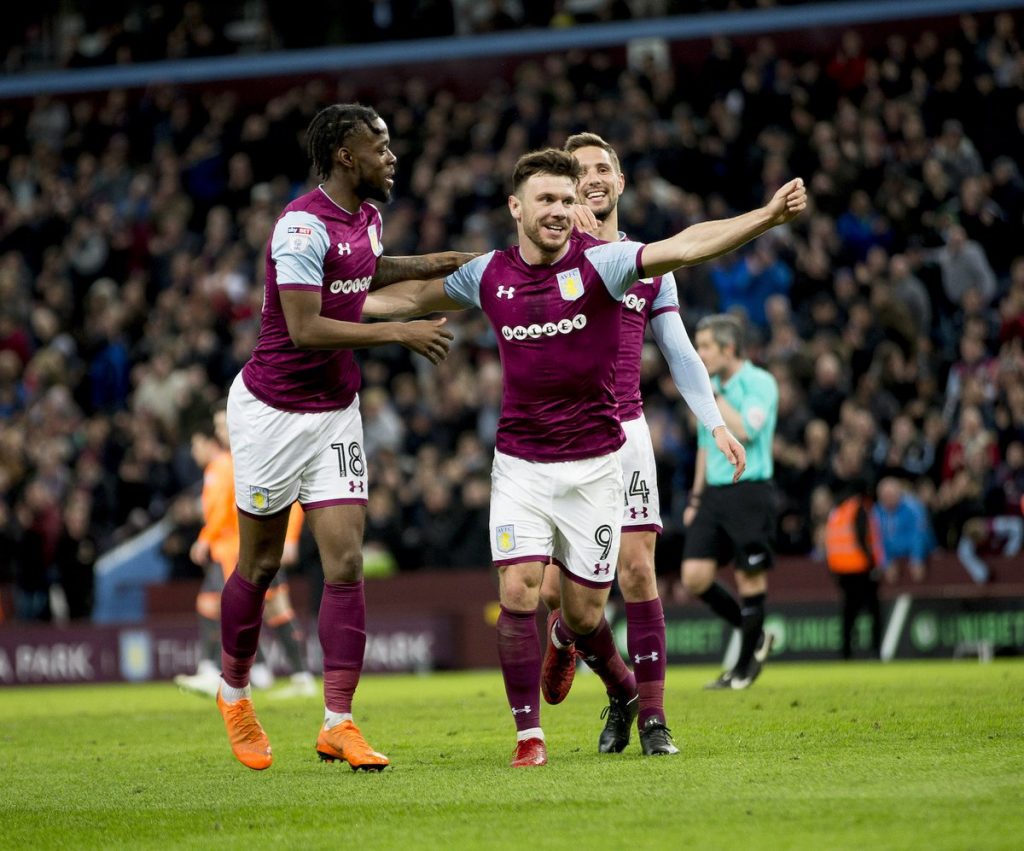 Hogan joined Villa in the January transfer window of 2017 from Brentford for a fee of around £12m, according to BBC Sport, and has been an important player for Steve Bruce’s side.

This season he has made 33 appearances in the Championship, of which he has started in 17 games, and has six goals and two assists to his name.

After a goalless first half, Villa took the lead through Birkir Bjarnason.

Conor Hourihane scored a header from Robert Snodgrass’ cross in the 63rd minute and Hogan scored the final goal to seal all three points for Steve Bruce’s side.

The 25-year-old was superb against Reading and took to Twitter after the game to express his delight. He tweeted:

Back on the pitch scoring and back to winning ways @AVFCOfficial #UTV ⚽ pic.twitter.com/MwpJ9MuBp5

He attempted five shots, won three aerial duels, and made one key pass during the game, according to whoscored.com.

Villa fans responded to his tweet and let him know that he did very well during the game. Here are some of the selected tweets:

Played well last night Scotty. Should never have been benched.

Well played Scotty. Just a shame that it’s only the crowd that see most of your superb runs, and not the players. Keep it up , great goal, well deserved ???

Your one of the most underrated players at villa..!! Your work rate and runs of the ball are quality.! Keep going @ScottHogan_9 deserved your goal lastnight UTV

Your work rate reminds me of Dean Saunders, we’re always better with you in the team

Mate as a fan I can tell you we loved the goal you scored tonight. Epitomised your closing down and hard work! Just what we want to see

Your energy and passion is brilliant! Love seeing you play for Villa! Glad to see you back starting and back on the score sheet! Keep it up Scotty!

Deserved a goal chased everything did what u could on and off the ball gave ? % well played more of the same next game ? ??