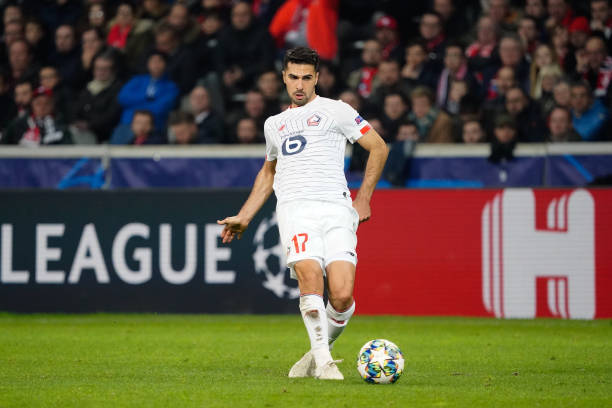 Reported Tottenham Hotspur and Lille defender Zeki Celik has told DHA that he is happy at the club.

According to BuzzSport, Tottenham are interested in signing Celik from French club Lille in the summer transfer window.

It has been reported that Premier League club Spurs may have to spend as much as €30million (£26.18 million) as transfer fee to secure the services of the right-back.

However, the Turkey international right-back has said that he is happy at his current club.

Celik told DHA: “I have a four-year contract with my club. It is also said that there are suitors for the transfer, but I do not know. I am preparing for the new season and I am happy with my club.”

According to WhoScored, Celik made 23 appearances in Ligue 1 for Lille this season before the campaign was called off due to the coronavirus pandemic, providing two assists in the process.

The youngster also made six appearances in the Champions League for the French outfit this campaign, according to WhoScored.

During the 2018-19 campaign, the 23-year-old scored one goal and provided five assists in 34 league matches for Lille, according to WhoScored.

Football in England is suspended at the moment due to the coronavirus pandemic, and it is not clear when the summer transfer window will open.

If and when the Premier League gets back underway, Spurs will be aiming to finish in the top four and clinch a Champions League place.