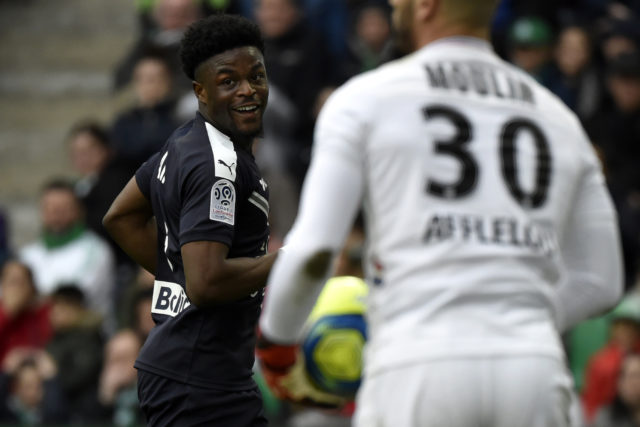 Glasgow Rangers are looking to sign Josh Maja this summer as the Ibrox club consider him as a potential replacement for Alfredo Morelos.

Morelos, who has been simply superb for Rangers for the past three seasons, feels like he needs to move on to grow into a top-class striker.

It is highly likely that the Colombian will leave the club before the new season begins, and Rangers have earmarked Maja as a potential candidate to fill his boots.

However, it seems, Rangers are not the only one who are interested in signing the former Sunderland striker.

According to reports from Sky Sports, West Ham have joined the race to secure the signature of the 21-year-old striker.

Maja, who has a contract with Bordeaux till 2023, is not pushing for a move. However, the French club’s finances have been impacted by the coronavirus pandemic and they could sell him to raise funds.

He has scored nine goals in 31 league appearances for Bordeaux and impressed heavily last season.

David Moyes, the West Ham manager, knows Maja very well. He gave him his Sunderland debut back in 2016, and a potential reunion could be on the cards.

The former Sunderland striker has also been linked with Celtic, but he is more likely to end up either at Rangers or in the Premier League.