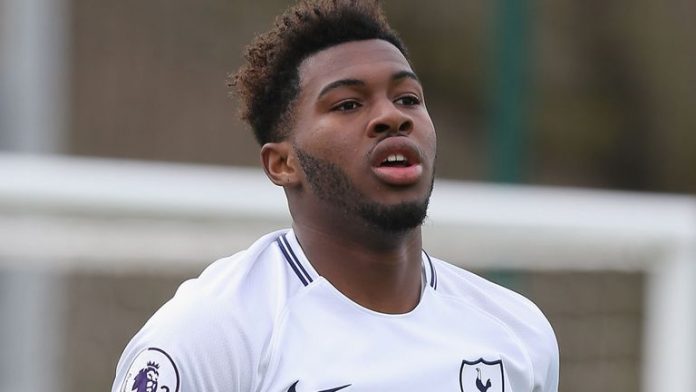 According to reports from Daily Star, Tottenham Hotspur are set to lose their exciting young striker Reo Griffiths in the summer transfer window.

The 18-year-old goal sensation appears to be heading towards the exit door as he moves close to joining French club Lyon this week.

Griffiths is one of the most exciting young talents in English football. He netted 32 goals in just 27 games for the U18 side last season, including four hat-tricks, but he feels he would get regular game time with the French giants.

Spurs were desperate to keep the former Leyton Orient forward and offered him a three-year deal but he rejected it in search of regular first team action.

Barcelona, Real Madrid and Paris St-Germain have reportedly shown interest in signing the exciting young striker, but he has been impressed by Lyon’s long-term deal on the table and the club’s commitment to promoting young players.

He will have a medical at Lyon on Thursday. Capable of playing out wide as well as through the middle, he could prove to be a very positive signing for Lyon.