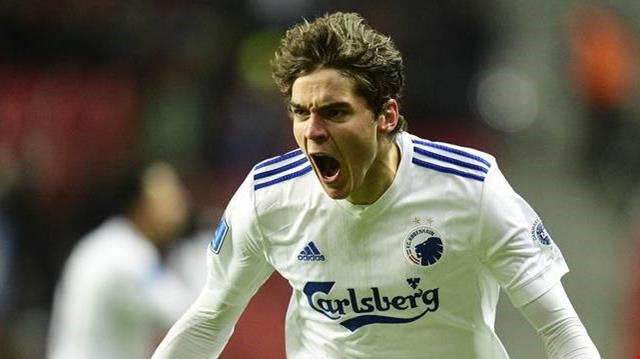 According to reports from Estadio Deportivo, Tottenham and Wolves have made contact with Copenhagen FC about a potential deal for their star forward Robert Skov.

The versatile forward has enjoyed a fantastic 2018/19 campaign, where he scored 32 goals in all competitions.

Premier League clubs have been showing a keen interest in him for some time now, with Sky Sports reporting in March that West Ham and Watford were keeping a close eye on him.

However, Spurs and Wolves have made the first approach to sign the 23-year-old forward.

Skov is a fantastic young talent. He has played for Denmark at U18, U19 and U21 level and represented his country at the 2016 Olympics.

He was also part of Denmark’s provisional 35-man party for the World Cup in Russia last year but didn’t make the final 23-man squad.

Copenhagen would demand a fee in the region of £10.7 million for their prized asset, and either Spurs or Wolves won’t find any difficulty in meeting that asking price.

Spurs have always faced problems in signing a good back up striker for Harry Kane.

Skov is not an out and out striker but can certainly fill the role, with Fernando Llorente and Vincent Janssen likely to depart this summer.