Report: Tottenham Hotspur enquired about the possibility of bringing Christian Eriksen back from Inter Milan two weeks ago 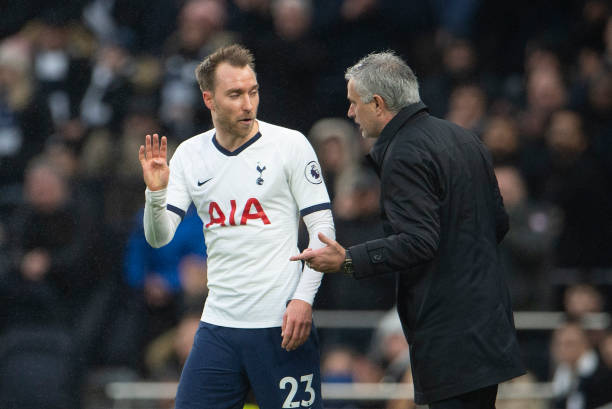 According to Italian transfer expert Fabrizio Romano, Tottenham Hotspur enquired about the possibility of bringing back Christian Eriksen to North London two weeks ago.

However, that isn’t likely to happen and the Denmark international will remain with the Serie A giants for the new season.

The midfielder left Spurs to link up with Antonio Conte’s side in January, joining Inter Milan after five-and-half seasons at the North London club.

The 28-year-old first expressed his willingness to leave Tottenham for a new challenge last summer, but suitors were priced out a move.

The arrival of Jose Mourinho in November did little to change Eriksen’s mind despite the Portuguese’s best efforts to convince him, and having failed to put pen to paper on a new deal, Spurs were set to lose the Dane for nothing in the summer.

They had to cash in on their £11 million signing when they still had time, and Inter parted with £17 million to land Eriksen.

Things haven’t gone as planned for the midfielder in Italy as he struggled to break into Inter’s starting line-up, starting just 11 of the 25 games he played.

He has already been linked with an exit, but Romano isn’t expecting that to happen anytime soon, dismissing claims that Eriksen could return to Tottenham this summer.

“To be honest with you, my answer will be no,” the Italian said on the Last Word on Spurs podcast when asked if a return could be on the cards.

“But I think someone in the club was considering the possibility of holding him again because he has not had an easy six months at Inter, the football is totally different from the English type of football and that’s why he has had some difficulties. But now Inter are saying the player will stay, so I think Tottenham will not go for Christian Eriksen.”