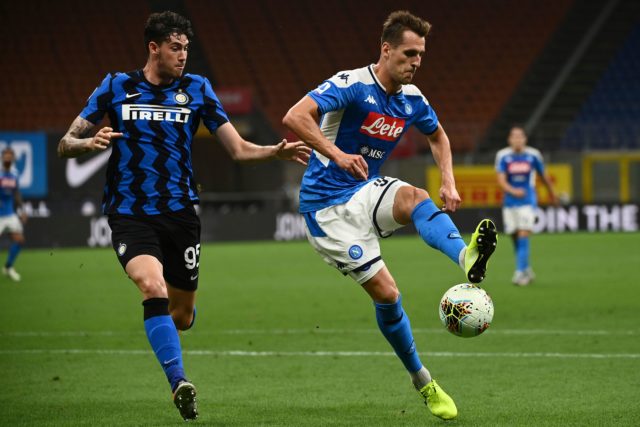 Tottenham head coach Jose Mourinho is confident that the club will sign a new striker before the end of the summer transfer window.

Harry Kane remains the only recognised centre-forward in Spurs’ first-team squad this season.

The north London club have been linked with moves for players like Bournemouth’s Josh King, Napoli’s Arkadiusz Milik and Torino’s Andrea Belotti, and Mourinho is confident that Spurs will sign a back-up striker before Monday’s deadline.

The Portuguese said: “I am optimistic, but more than that the feeling that I like is that we are trying everything to do it. You succeed or you don’t succeed. It’s like a football match: you win or you don’t win but you give everything and try everything. The transfer market is the same.

“I like the feeling that my club is trying to do everything for us and for the team, that’s the most important thing for me. If we succeed then great – I believe so – but if we don’t then that’s football.”

And now Football London journalist Alasdair Gold has claimed that ‘Spurs are finally closing in on agreeing a deal’ for a new forward.

Although he didn’t mention who will arrive at the club, he still claims that talks are still at a delicate stage over signing a new player.

Despite reports that Spurs have been in talks to sign Milik, Football London claims that the Polish striker is currently not the club’s first-choice target.