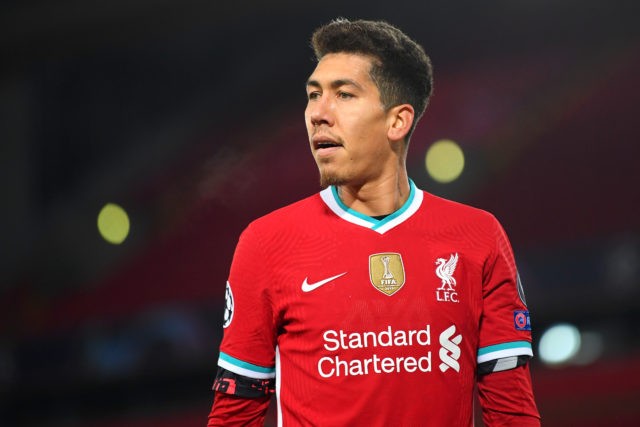 Roberto Firmino received attention from a club physio in training ahead of Liverpool’s Champions League clash against FC Midtjylland.

Liverpool will travel to Denmark to face FC Midtjylland in their final Champions League group game on Wednesday. The Reds have already qualified to the knock-out rounds, and Jurgen Klopp is likely to rotate his squad for this dead-rubber tie.

According to reports from Liverpool Echo, Reds striker Roberto Firmino picked up a problem in training at Kirby on Tuesday. The Brazilian needed medical attention following an issue on his right foot.

However, it seems the injury isn’t serious, as the 29-year-old didn’t appear in pain when he removed his boot. In any case, the Brazilian is likely to miss out against Midtjylland as the Reds already assured of a place to the last 16 of the Champions League.

Alex Oxlade-Chamberlain has given Liverpool a timely boost after he returned to first-team training.

The former Arsenal midfielder picked up a knee injury in pre-season and didn’t play a single game so far. He is now back in training, but the game against Midtjylland may have come too soon for him.

Thiago Alcantara, Xherdan Shaqiri, James Milner are still out injured along with Virgil van Dijk and Joe Gomez – both are are long-term absentees.

The Brazilian often divides opinion among the football pundits regarding his importance to the side. There are even suggestions that his place in the first-team is under threat following the impressive form of summer signing, Diogo Jota.

Firmino is often criticised for his lack of goals, but he is still a key player for the Reds. Jurgen Klopp said last month that the Brazilian will always remain a central figure for his team, whether scoring or not.

Belgium striker Divock Origi is likely to feature in place of Firmino on Wednesday.