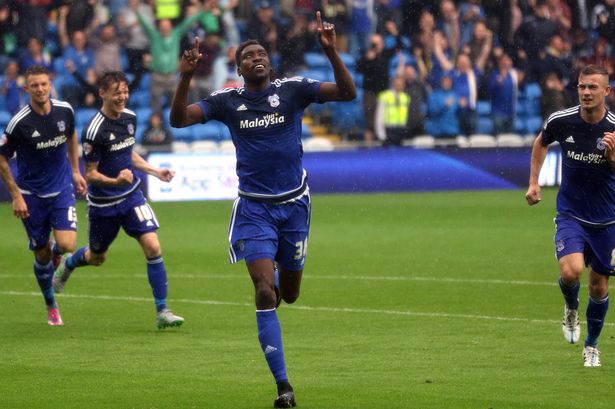 According to reports from The Mirror (transfer live blog, 10:25 am), Nottingham Forest are looking to sign Sammy Ameobi this summer.

Forest, managed by Martin O’Neill, are on the brink of completing a move for the 27-year-old winger.

Ameobi started his professional career with Newcastle United after coming through the youth ranks at the club.

He spent six seasons at Tyneside, scoring four goals in 70 games in all competitions. In between, he managed loan spells at Boro, Cardiff City and Bolton Wanderers.

Ameobi joined Bolton permanently in 2017, and scored nine goals in 65 games for them. Last season he managed 30 games in the Championship, scoring four goals and providing three assists.

Ameobi is a quality player who has proven Championship experience.

Forest spent big last summer and they have assembled a very good squad. They will be looking to provide tough competition for promotion this season, and Ameobi would be a good signing for them.

It seems they are close to sealing a deal for the former Newcastle winger.