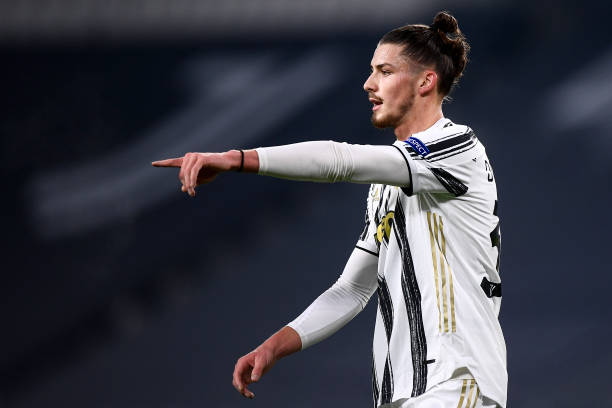 According to sportitalia TV journalist Gianluigi Longari, Newcastle United and Tottenham Hotspur are both keen on recruiting the services of Juventus centre-back Radu Dragusin.

The 18-year-old has played just three times for the first-team, but he has just six months left on his contract and can enter into talks with clubs outside Italy this month.

Dragusin joined Juventus from Regal Bukarest’s under-19s in 2018 and has since established himself as a key member of their u23s.

The Romanian youth international signed a one-year professional deal with the Serie A giants last September, and the club want him to sign an extension given his huge potential and talents.

Spurs and Newcastle aren’t the only ones interested in the young centre-back, with RB Leipzig also looking to lure him to Germany.

Dragusin can sign a pre-contract deal with any of the aforementioned trio before completing a move for free in the summer, and Juventus want to ensure that doesn’t happen.

The teenager is a tall and physical centre-back who has cited Liverpool’s Virgil Van Dijk as his role model, and moving to the Premier League could be appealing to him.

While Dragusin joining Newcastle can’t be ruled out, a move to Tottenham is no doubt more tempting with European football guaranteed every other season.

The Magpies have often fought for top-flight survival in recent seasons, and leaving Juventus for St. James’ Park is a huge downgrade.

Newcastle also have enough depth at centre-back, and the Romanian could struggle for regular playing chances if he joins them.

Spurs boss Jose Mourinho isn’t one to hesitate to give youngsters a chance if they prove themselves, and working under the Portuguese could be enough to lure Dragusin into moving to north London.