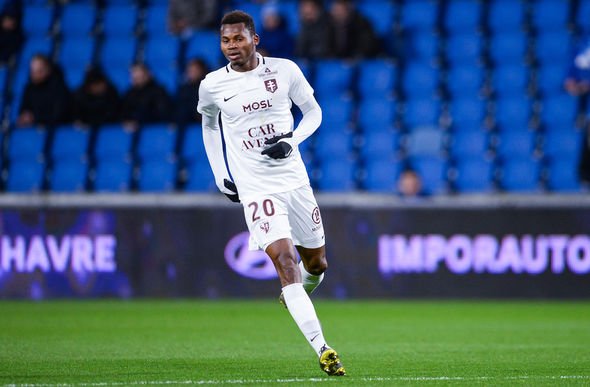 According to a report from the Daily Express, Newcastle United and Leicester City are both interested in signing Metz striker Habibou Diallo in the January transfer window.

The 24-year-old has been simply outstanding this season for the French outfit. Last season he scored 26 goals to inspire his side to promotion, and this season, he has already found the net eight times in 12 appearances in Ligue 1.

Therefore, it doesn’t come as a huge surprise that Premier League clubs are starting to take note of the Senegal international. The report claims that both the Magpies and the Foxes are closely monitoring him ahead of the winter transfer window.

What should interest both the clubs is that Metz are just demanding £7 million for the attacker. In today’s inflated market, it will be seen as a bargain signing if they can pull off a deal for the striker.

The January window looks set to be crucial for both Newcastle and Leicester.

The Magpies, who defeated West Ham on Saturday to move four points clear of the relegation zone, need to bolster their attacking department as they prepare for a survival battle.

Leicester City, meanwhile, are third in the Premier League, and Brendan Rodgers will be looking to add quality players in order to add depth to his squad. Surely, the Foxes must be aiming to finish within the top four this season, and Diallo would represent a smart signing for them.

While a move to Leicester would appeal to him, he can expect to feature regularly if he moves to St James’ Park. It remains to be seen whether both Newcastle and Leicester come up with a formal bid for him when the transfer window reopens in January.