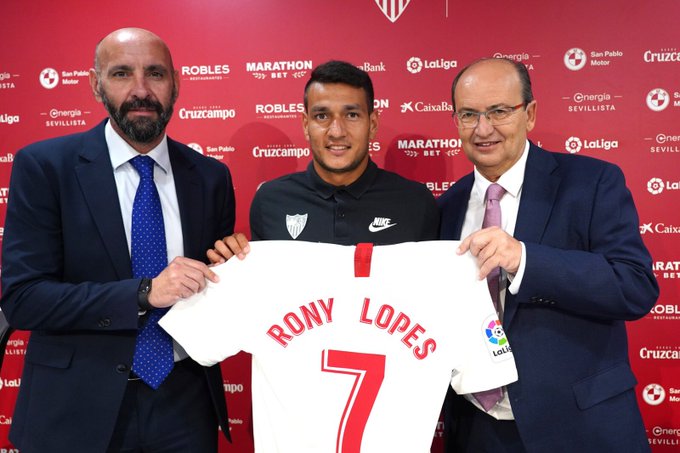 According to reports from the Chronicle, Newcastle United are keeping a close tab on Rony Lopes.

Steve Bruce is looking to add depth and quality to his attacking unit, and Lopes is one player who is reportedly on Newcastle’s radar.

The report claims that Bruce has instructed his scouts to keep an eye on wide players ahead of the January transfer window.

The 23-year-old is an exciting player to watch, and the Magpies have made him their top target. He joined Sevilla in the summer after spending four years with Monaco, with the La Liga club paying £22.3 million for his signature.

Newcastle, who have made a stuttering start to the season winning only once in their opening five matches, are planning to back their manager in the transfer market.

It will be interesting to see whether they can lure him away from the club given he has just penned a five-year deal last month.

Lopes scored 15 league goals during the 2017/18 season but couldn’t hit such figures last season. He would be a brilliant signing for Newcastle but it won’t be easy to lure him away from Sanchez Pizjuan in the near future.