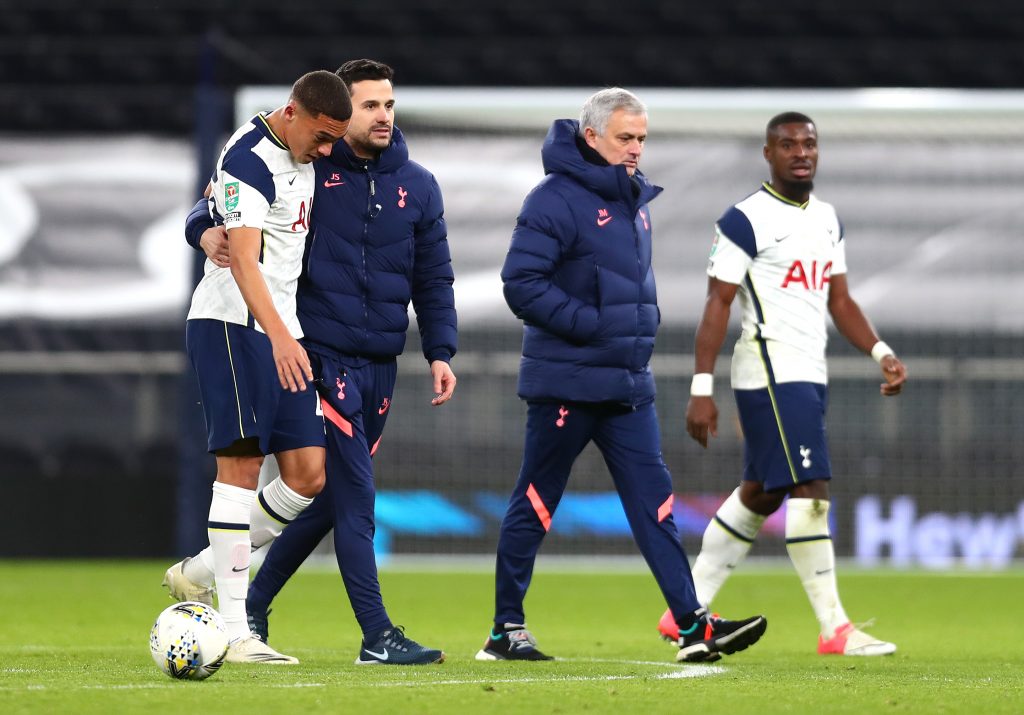 The CEO of Northern Premier League Premier Division One North West side Marine AFC has told The Athletic that the club’s players will be furloughed unless they beat Tottenham Hotspur and progress to the fourth round of the FA Cup.

The eighth-tier club host Jose Mourinho’s side on Sunday, and playing the competition behind closed doors had seen them miss out on around £100,000 in matchday tickets.

With non-elite football suspended, Marine’s season has been put on hold due to the lockdown in the country, and the players will be furloughed on Monday if they don’t win against the Premier League heavyweights.

That could serve as additional inspiration for the minnows ahead of Spurs’ visit, but the North Londoners remain huge favourites despite the fact that they are likely to field their fringe players for the clash.

Playing five matches in the FA Cup to get to the third round has been financially rewarding for Marine, but they will need to advance once again to have the cash to pay wages.

They have earned around £60,000 so far for getting to the third round, and will pocket £61,500 should they manage to surprise Tottenham.

Having booked their place in the final of the Carabao Cup, Spurs will be keen to kick-off their FA Cup campaign on an impressive note, and they are expected to make light work of Marine’s challenge.

Playing to advance to the last-32 isn’t expected to pose any threat to a side like Tottenham, and reaching another cup final will definitely be on Mourinho’s mind as he looks to win silverware for the club.

Spurs will face defending champions Manchester City in the Carabao Cup final in April, and winning their first trophy since 2008 won’t come easy.

They have been impressive in 2020-21 so far despite some disappointing league defeats, and they can’t afford to slip up against a Marine side playing for their lives.