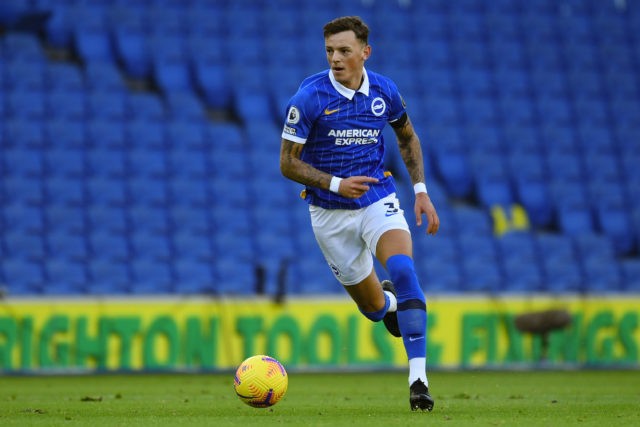 One of the many things that Ole Gunnar Solskjaer needs to fix at Manchester United is the fragile defence, and it seems they are already working on that with the next transfer window less than a month away.

According to reports from Manchester Evening News, United have earmarked Ben White as one of their centre-back options for their next two transfer windows.

The Red Devils are reportedly huge admirers of White. But they have other targets in mind, such as RB Leipzig’s Dayot Upamecano and Real Madrid’s Raphael Varane.

However, United are likely to face strong competition with Leeds and Liverpool keen to secure his signature as well.

The 23-year-old is playing his first season in the Premier League for Brighton after impressing for Leeds on loan last season.

Solid in tackling, and good at anticipation, White is a ball-playing defender who is comfortable playing out from the back. Last season, Marcelo Bielsa used him as a defensive midfielder in the absence of Kalvin Phillips, and he performed the task with ease.

White will be a low-key signing compared to other targets, but he would be a smart acquisition. He gives the impression of an accomplished defender every time he takes the pitch, and there’s a feeling that he can get even better with quality players around him.

The Whites were desperate to sign him this summer and made several attempts to sign him. Leeds were ready to pay £25m for his signature, but Brighton wanted more.

White signed a four-year contract at the club, with Brighton clearly making a statement that the centre-back is an integral part of their plans.

Leeds seem to have moved on from him, having signed Robin Koch and Diego Llorente in the summer. With Liam Cooper and Gaetano Berardi still present at the club, and Pascal Struijk impressing, it will be interesting to see whether Leeds at all make an attempt to sign White.

United’s biggest threat could come from Premier League champions Liverpool as they are desperate to sign a defender in January, with both Virgil van Dijk and Joe Gomez out injured.