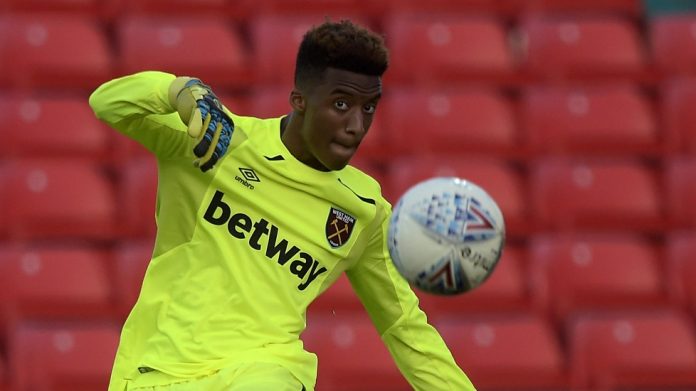 According to reports from the Daily Mirror, both Manchester City and Manchester United are showing interest in signing West Ham goalkeeper Nathan Trott.

The Hammers are keen to tie down the future of the young stopper and are desperate to hand him a new deal this season.

Trott has made seven appearances for West Ham’s Under-23 side this season. Terry Westley’s side have conceded 17 goals and the youngster has failed to keep a clean sheet.

The report adds that there were loan offers for the young goalkeeper, but the Hammers wanted to hold on to him to provide cover for both first-team goalkeepers.

Trott is a highly rated young goalkeeper, and he has a better chance of getting into the senior side at West Ham than at either of the Manchester clubs.