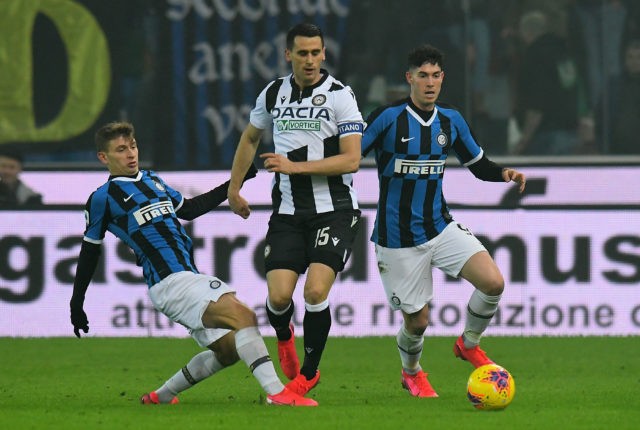 The report claims that the Reds are likely to face competition from Premier League rivals Manchester City and La Liga giants Barcelona.

With Dejan Lovren almost certain to leave Liverpool in the summer, Bastoni is being eyed as his replacement.

The 20-year-old joined Inter Milan in the summer of 2017 from Atalanta for a fee in the region of £28million. He has played for Parma on loan in 2018-19 where he impressed.

The youngster has made 17 appearances under Antonio Conte in all competitions this season, and has been wanted by several European heavyweights.

He is a serious talent and Inter will be demanding a high transfer fee for the youngster.

Bastoni could be a superb signing for Liverpool if they can afford him. Liverpool already have three very good centre-backs in the form of Virgil van Dijk, Joel Matip and Joe Gomez, and Jurgen Klopp would be looking to sign young talents.

Instead of signing established names, Klopp may prefer to sign players who have got loads of potential and will have a resale value. Bastoni fits the bill and would be an excellent option for the Premier League champions elect.

Manchester City could also be looking to bolster their defence. John Stones has been disappointing this season, while Pep Guardiola will require a long-term replacement of 32-year-old Nicolas Otamendi.