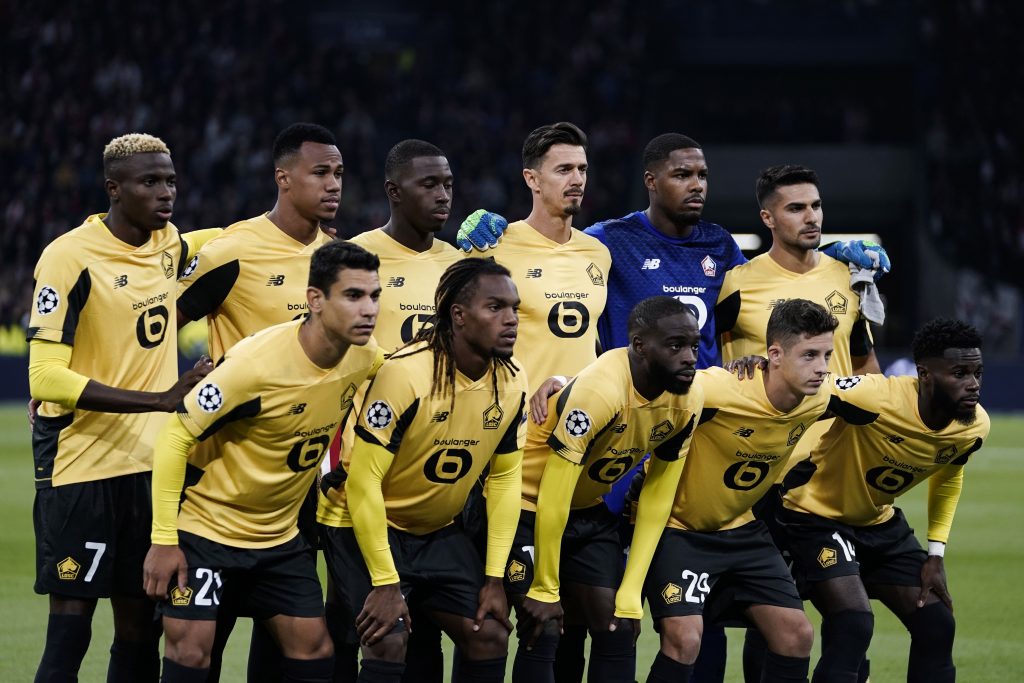 According to Soccer Link, Lille are looking to sell some of their most-prized assets this summer and have offered the trio of goalkeeper Mike Maignan, midfielder Boubakary Soumare and striker Victor Osimhen to Tottenham Hotspur.

The Sporting Director of the French club Luis Campos is good friends with Spurs boss Jose Mourinho and is hoping the Portuguese will be keen on buying any or all of the trio.

Lille have slapped a huge asking price on Osimhen, claiming that an English side have already offered £72 million for his signature in a bid to drive his fees up.

It’s the same tactic they used last summer prior to selling Nicolas Pépé to Arsenal and they are hoping it will force Tottenham and other suitors into action.

The North London giants want to boost their striking department this summer as they look to add quality depth, but it remains to be seen if chairman Daniel Levy will break the bank for one.

With 18 goals to his name this term, Osimhen, 21, is a wanted man across Europe, and he has since revealed to Nigeria’s ELEGBETE TV that he won’t move to a club where he isn’t guaranteed a starting berth.

That isn’t available at Tottenham at the moment and it will be interesting to see where he ends up.

A goalie is a top priority for the club, though, and Maignan has been recognized as a long-term replacement for the 33-year-old Hugo Lloris.

The 24-year-old worked with Tottenham goalkeeping coach Nuno Santos at Lille prior to his departure in November, and a reunion could be on the cards this summer or the next.