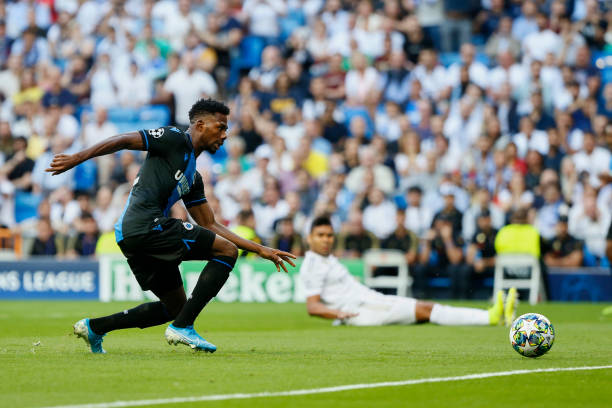 According to French journalist Manu Lonjon, Leeds United are interested in the services of Club Brugge striker Emmanuel Dennis, but they face stiff competition from Serie A giants Inter Milan.

The Elland Road outfit are looking to strengthen their attack after earning promotion to the English top-flight following a 16-year absence, and a striker is a priority for head coach Marcelo Bielsa.

The 22-year-old has scored eight goals and assisted once in 29 games across all competitions thus far this term, with his brace against Real Madrid in his side’s 2-2 draw with the Spanish giants during the Champions League group stages one of the highlights of his career.

Leeds need a quality striker capable of giving Patrick Bamford a run for his money, and Dennis could be the man.

The Nigeria international isn’t short of options in the Premier League and has already been linked with the likes of Brighton & Hove Albion and Sheffield United.

Borussia Dortmund, AS Monaco and Sampdoria were also linked with the Club Brugge star, with HLN claiming back in February that suitors will have to part with £21 million to have a chance of landing him.