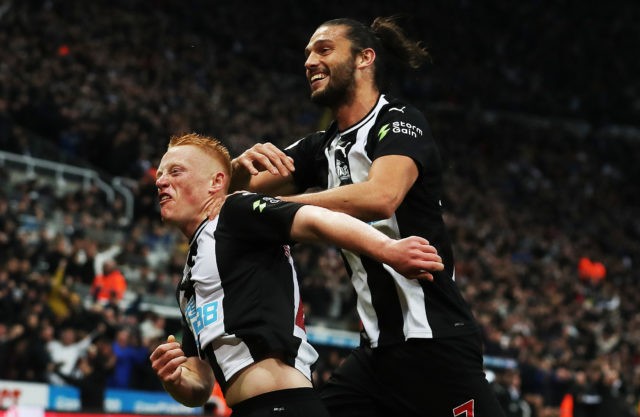 According to Telegraph, Leeds United are considering a move for Newcastle United midfielder Matty Longstaff this summer.

The 20-year-old can leave St. James’ Park for training compensation as his contract is up this summer, but he isn’t short of options both home and abroad.

According to TEAMtalk, Borussia Dortmund, Ajax, Club Brugge, Inter Milan and Atalanta have all made contact with Longstaff, while Arsenal, Everton and West Ham United are also keen on him.

Leeds are looking to strengthen their squad having finally returned to the English top-flight for the first time since 2004, and head coach Marcelo Bielsa reckons the Newcastle man could be a fine addition to his side.

Longstaff broke into the Magpies first-team this term, featuring in nine league games and scoring twice.

Both came against Leeds’ bitter and eternal rivals Manchester United, and it will be interesting to see if more will come next term.

The Newcastle academy graduate is currently on an £850-a-week development player contract, and Serie A side Udinese are ready to offer him £30,000-a-week.

Newcastle are due a £450,000 compensation if he leaves when his contract expires, and it appears that he has made up his mind.

He travelled to Italy before lockdown and talks over a five-year deal were held.

While he wanted to remain at Newcastle, the club only offered him £15,000-a-week, and Leeds will have to offer more to have a chance of landing him.

Matty Longstaff has been offered a lucrative contract by Serie A side Udinese, Sky Sports News understands.

BTW: that’s more than THIRTY times what he’s currently earning at Newcastle, who are set to net £450,000 compensation for the 20-year-old #NUFC https://t.co/cu3g42Nxrd