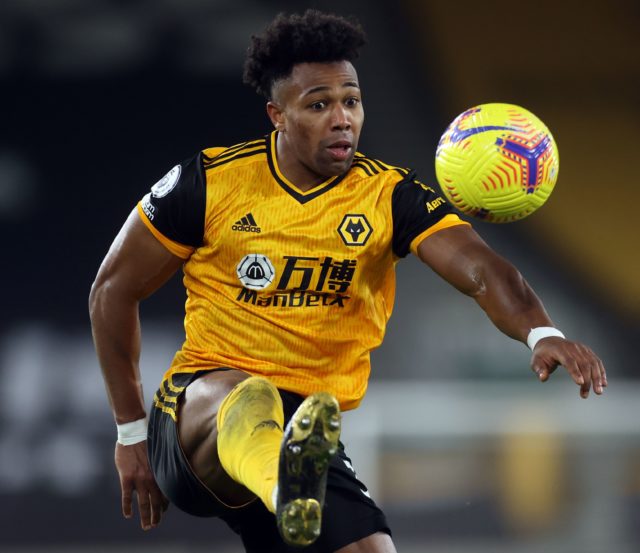 According to reports from Eurosport, Adama Traore could leave Wolverhampton Wanderers, either in January or next summer.

The 24-year-old winger – who has now gone an entire year without scoring a Premier League goal – has a contract at the club till 2023. However, despite the club’s several attempts, the contract talks haven’t gone to plans, and it has left Nuno Espirito Santo extremely frustrated.

The report claims that clubs like Barcelona and Manchester City previously showed interest in him with Wolves demanding £70m.

However, given his poor return in front of goal and him not making enough impact like the previous years, his value has dropped. Wolves are trying to be realistic in the transfer market and the player could be snapped up for around half that figure.

Leeds are one of the clubs that showed interest in Traore, and they might fancy their chances next summer if he is available around £30-35m.

The Whites, should they avoid relegation which is highly likely, could reignite their interest in the former Boro winger.

However, Traore’s representatives are expecting plenty of further options elsewhere, including in Europe. He is a fantastic talent who is blessed with blistering pace and energy and would be a good signing for any top Premier League club.

Traore has progressed immensely in recent years. Previously, his game was all about raw pace with very little output. However, under Nuno, he has blossomed into a dangerous winger who has improved a lot on his delivery (read as creating opportunities for others).

He now times his run perfectly, while his decision making in the final third has improved a lot. And yet, he has struggled this season, and top Premier League clubs could be reluctant to take a punt on him.