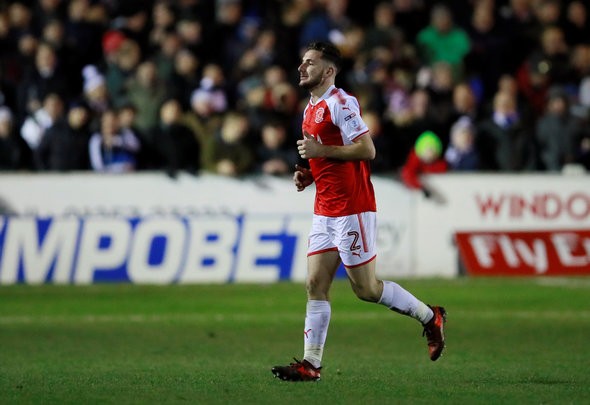 According to reports from Football Insider, Leeds United are looking to offload Lewie Coyle in the summer transfer window.

The report claims that the Whites are ready to listen to offers for their academy product who spent two seasons on loan at League One club Fleetwood Town.

The 23-year-old impressed during his loan spells, but he is still not in Marcelo Bielsa’s first team plans. As a result, the Yorkshire club have made the decision to sell the defender this summer.

Bielsa has already given the green signal to the player to find a new buyer, and in all probability, Fleetwood Town will sign him on a permanent deal this summer.

Coyle has a contract at the club till 2020, and it provides Leeds with a good opportunity to cash in on the player.

He started as a right-back, but Fleetwood boss Joey Barton has used him at left-back, centre-back and even in central midfield.

Last season, when Leeds were in the midst of an injury crisis in defence, Bielsa resisted the opportunity to recall Coyle from his loan in January. That was a clear indication that the Argentine doesn’t rate him highly, and now it seems his career at Leeds is as good as over.