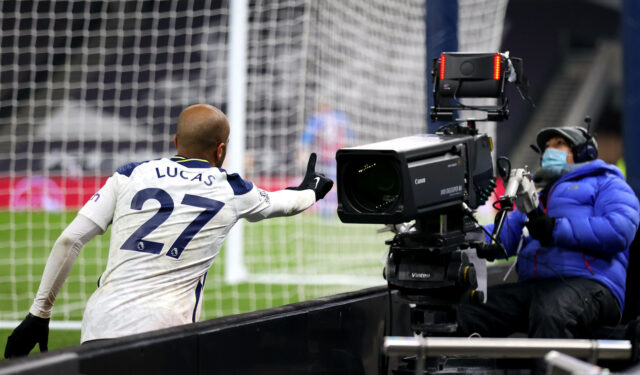 Jose Mourinho has turned his attention towards signing Lucas Moura.

Ever since the former Tottenham Hotspur manager took charge of Roma, the Serie A club have been linked with a host of their players.

Eric Dier and Pierre-Emile Hojbjerg were linked with a move to Italy last month, while Hugo Lloris remains another target for Roma this summer.

According to Il Messaggero, Mourinho is targeting Moura as he looks to bolster his attacking options.

Moura, who joined Spurs in 2018 from Paris Saint-Germain, hasn’t really established himself as one of the key players for the club.

Back in August last year, Mourinho raved about Moura’s contribution, hailing him as a ‘consistent’ team player.

He told the club website: “It’s really amazing and shows the team player that he is – a team player, a consistent player, a player who sacrifices himself for the needs of the team.

“We have more, and I’m a fortunate coach, but Lucas is a good example.”

Moura made 14 starts in the Premier League last season, while a further 16 appearances came from the bench. He scored three goals and provided four assists.

Moura will always be remembered for his magical late goal winner against Ajax in the 2018/19 Champions League.

However, he fails to reach a high standard regularly, unlike Harry Kane or Heung-min Son.

Moura is on £80k-per-week wages at Spurs, and the north London club could be tempted to offload him if they get a good offer.

Read: Daniel Levy not interested in a player-plus-cash deal for Kane.