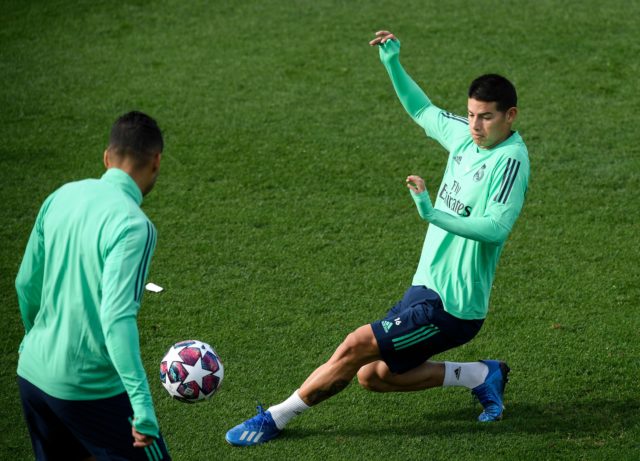 According to an exclusive report from talksport, Everton are close to signing James Rodriguez from Real Madrid this summer.

The report claims that the Toffees are expected to sign the 29-year-old attacking midfielder on a season-long loan deal, instead of signing him permanently.

The Colombian international will undergo his medical at Everton ‘early next week’, which means the Merseyside club have reached some sort of agreement with Los Blancos for his signature.

EXCLUSIVE: James Rodriguez to have medical at Everton early next week.

The Toffees are expecting to sign the Colombian on a season long loan deal.

Rodriguez is expected to earn around €4.5m per year as wages.

It was reported that Real Madrid were demanding a fee in the region of €25m (£22m) while Everton were looking to get him at a reduced price.

However, it seems they will sign him on loan instead. It’s unclear whether the agreement will have the provision to sign Rodriguez to sign permanently at the end of the season.

The 29-year-old, who joined Madrid in 2014, has made 125 appearances for the club in all competitions. However, he is not in Zinedine Zidane’s first-team plans and Madrid are ready to let him go.