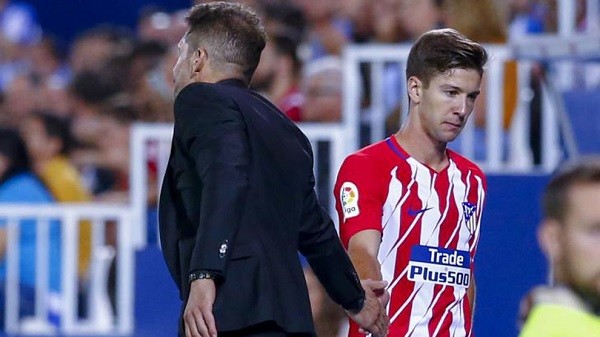 According to reports from the Daily Mail, Premier League newcomers Fulham have been offered the chance to sign Luciano Vietto on loan from La Liga side Atletico Madrid on the deadline day.

It seems a long time ago when Vietto was one of the hottest properties in Spain as he was scoring goals for fun for Villarreal. His impressive record of 20 goals in 48 games for the Yellow Submarines earned him a move to the Rojiblancos who paid £18 million for his services in 2015.

Despite reuniting with Diego Simeone, who managed him at Racing Club, the move didn’t work out well for him, and he struggled badly to make an impact.

He was loaned out to rivals Sevilla for part of the 2016-17 season and spent another loan spell at Valencia last term, both moves proving to be distinctly forgettable.

It is a risk Fulham will have to take if they want to sign the Argentine striker on a temporary deal. Slavisa Jokanovic has assembled a fine group of players but perhaps he can make room for a natural goalscorer like Vietto in his squad.

Vietto is surplus to requirements at Atletico, and they have offered Fulham the chance to sign him on loan for the 2018-19 campaign. However, it is unknown whether the Cottagers will accept their offer.