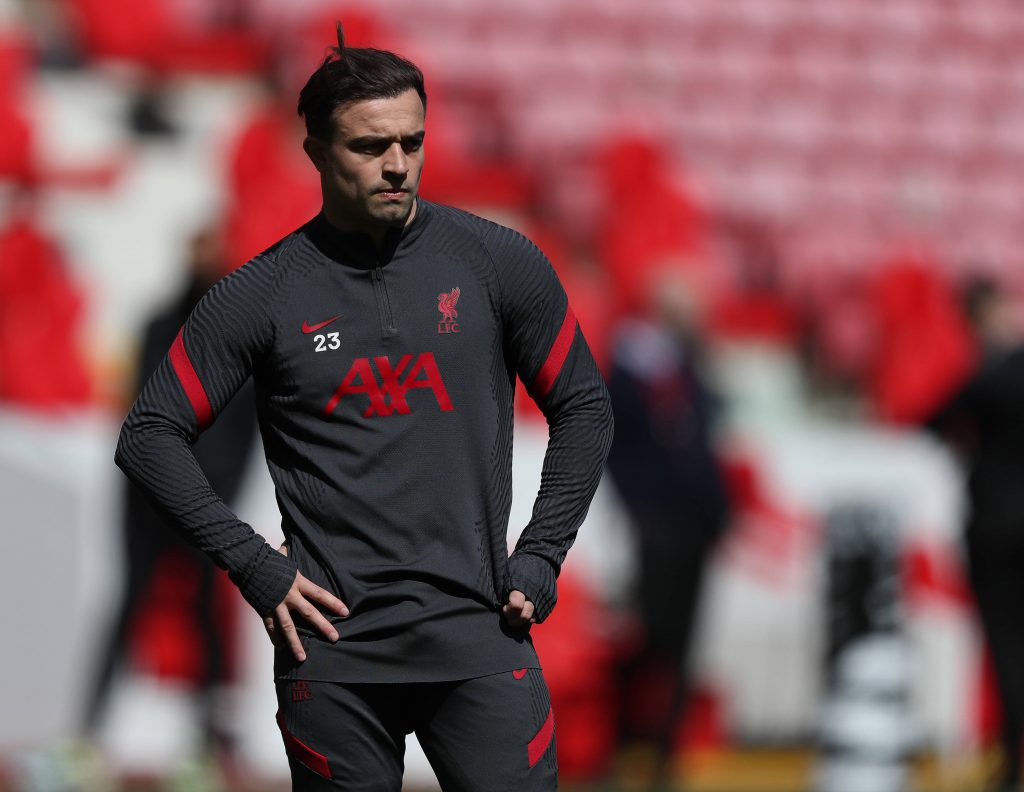 The Reds are likely to undergo a rebuilding process this summer under Jurgen Klopp following a relatively disappointing campaign.

Liverpool could look to offload some of their fringe players this summer to make room for new arrivals.

Divock Origi, Alex Oxlade-Chamberlain, Naby Keita and Shaqiri are among the players who could leave the club.

The 29-year-old has made only 22 appearances this season in all competitions, scoring one goal and providing four assists.

Shaqiri is a joy to watch when he is on a song. He is a fantastic creative player and has the ability to unlock any tight defence with clever passes – his superb reverse pass to Diogo Jota against West Ham United this season comes to mind.

However, Shaqiri has only managed bit-part roles for Liverpool, and the club is actively looking to sell him.

He has been previously linked with a move to Galatasaray, but it seems Turkish outfit Fenerbahce are also keen to land him.

He has a contract at the club until 2023, and Fenerbahce are planning to get him on board on a loan deal.

Shaqiri, who is on £80k-per-week wages at the club, is demanding a fee of around €3m a season.

Fenerbahce are reportedly in contact with Shaqiri’s agent over a possible move. Liverpool need to recoup money from player sales, and Shaqiri is a bankable asset.

Liverpool, who sold Dominic Solanke for £19m to Bournemouth back in 2019, are highly unlikely to let Shaqiri go on the cheap.

The Swiss international will probably leave the club this summer, but a move to Fenerbahce looks unlikely.