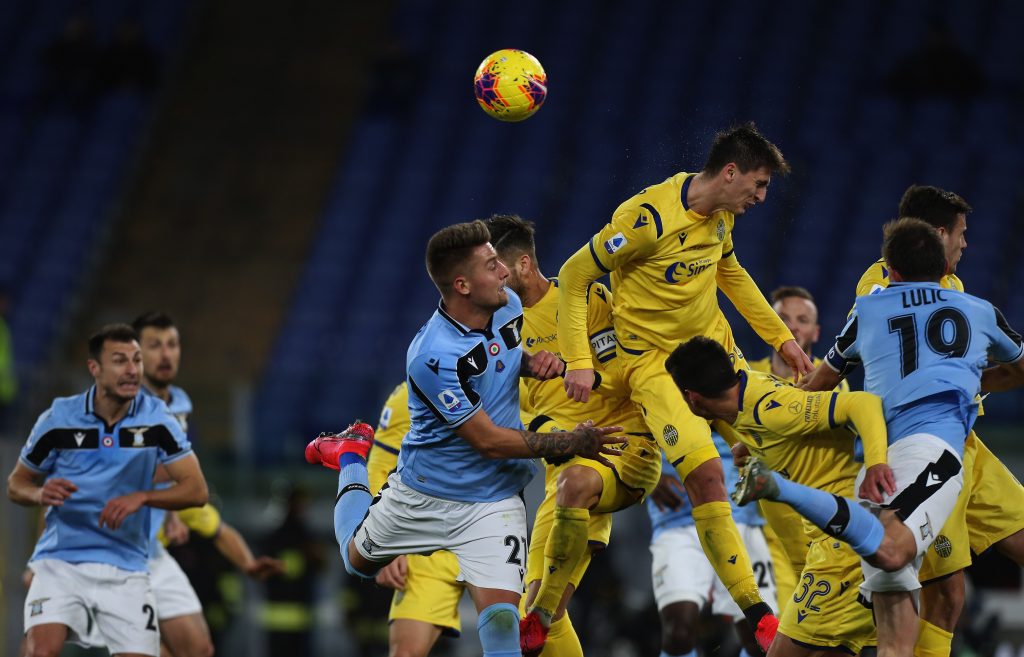 According to reports from Corriere dello Sport (h/t Sport Witness), Everton and Chelsea have steeped up their chase to sign exciting young defender Marash Kumbulla.

Last week, transfer expert and journalist Nicolo Schira claimed that Everton are among the host of clubs showing interest in signing the exciting Hellas Verona defender.

He claimed on Twitter that Everton scouts were in attendance to check out the 20-year-old defender. They watched the youngster in action during Hellas Verona’s Serie A game against Udinese.

Now CDS reports that the Toffees have come forward to ‘inform themselves’ of the player’s situation.

Probably it means that Everton are happy with the scouting report, and want to take the next step. He is a highly-rated young talent and several clubs including Inter Milan, Borussia Dortmund, and Napoli are ‘really interested’ in signing him this summer.

Verona value him at around £24m (€30M) which is a bit high for a young player who has just made his debut for Albania and has a lot to prove.

Having said that, the youngster has made 18 starts in the league already, and would be a solid addition to the squad. Everton will be looking to bolster their defence in the summer, and it remains to be seen whether they come up with a formal offer for him.