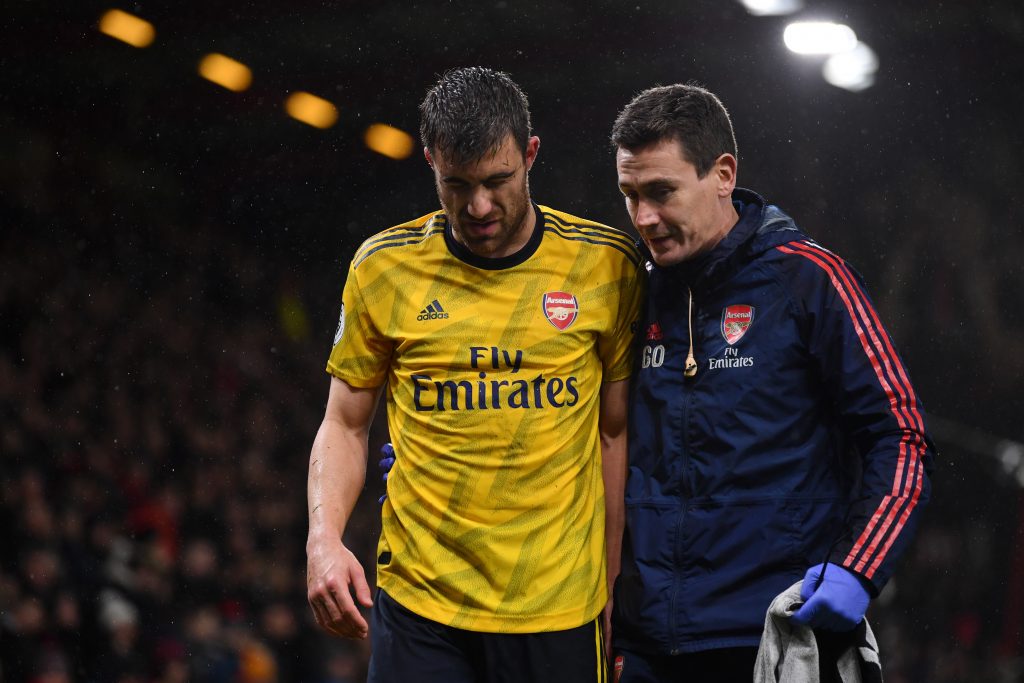 According to Greek journalist Antonis Tsirakis, Everton have contacted Arsenal for Sokratis Papastathopoulos as they look to add the centre-back to their squad ahead of Monday’s transfer deadline.

#Everton are expected to sign #Norwich defender Ben Godfrey but according to @antonis_tsir they also had contacted #Arsenal for Sokratis Papastathopoulos. The Greek defender has been informed that he is not in Mikel Arteta's plans. https://t.co/3GNzvhmuhj

Gunners manager Mikel Arteta has informed the Greek defender that he is not in his plans for the season, and he is also attracting interests from the UAE.

Everton are closing in on the signature of Norwich City centre-back Ben Godfrey, but it appears that manager Carlo Ancelotti still wants more defensive reinforcements following injuries to Mason Holgate and Jarrad Branthwaite.

Sokratis, 32, currently earns £92,000 per week at Arsenal and is yet to kick a ball this term despite playing 19 Premier League games last season.

He clearly is past his peak, but Everton could do with some experience at the back and a short deal for the former Borussia Dortmund star could make sense.

The Toffees were linked with former Chelsea defender Branislav Ivanovic earlier this summer, but the 36-year-old is set to join West Bromwich Albion.

They are still keen on landing a veteran centre-back from the look of things, and Sokratis will be a fine addition to the squad.