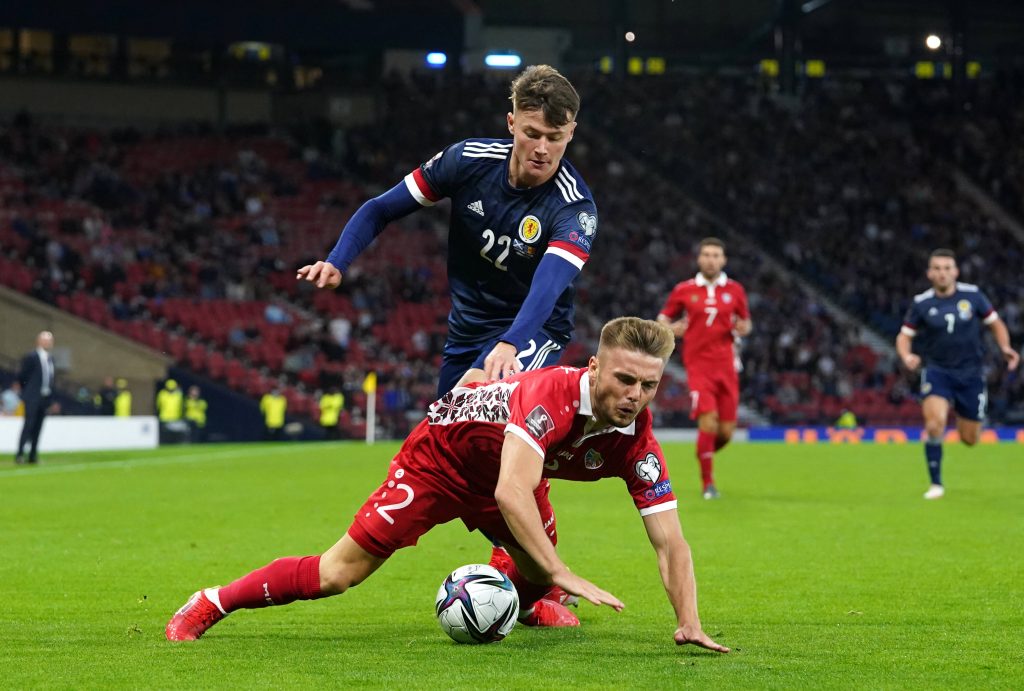 Everton have reportedly been interested to sign Nathan Patterson who is currently on the books of Rangers.

According to the Daily Mail, the Toffees will make their third attempt to secure the signature of the 20-year-old.

The right-back’s current contract at Ibrox is set to run out in the summer of 2024.

Patterson has clocked up 11 appearances across all competitions for Rangers this campaign, with an assist to his name. However, he has managed to make only two starts in the Scottish Premier League for the Gers.

His performances earned him a call up to the national side and so far he has made six appearances for Scotland.

Everton boss Rafael Benitez wanted to bring him in the summer but the Blues failed in their attempts despite making a £5 million bid.

The Spanish manager is keen to sign a player who can replace Seamus Coleman in future. However, the Merseyside club may have to part with around £10 million to secure the signature of the Scottish footballer.

The club’s major shareholder Farhad Moshiri is said to be ready to financially back Benitez, signing the players the Spanish boss needs to improve results.

Everton have been enduring a poor run of form at the moment, with the Toffees managing to win only a single game from their previous 11 league encounters.

They are currently 14th in the Premier League rankings, having 19 points from 17 matches.