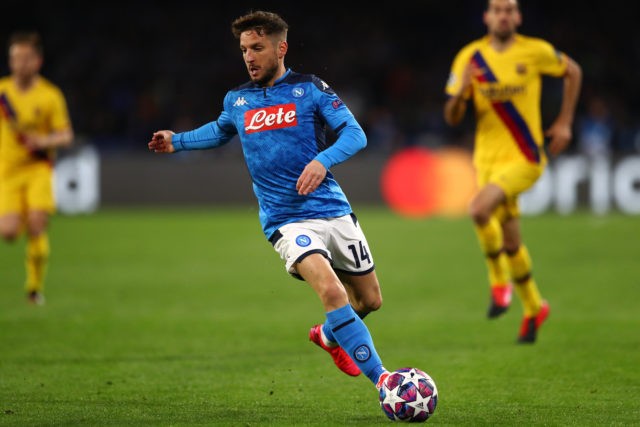 According to reports from ESPN, potential Newcastle owners have earmarked Dries Mertens as one of their prime targets this summer.

The would-be Newcastle United owners – Amanda Staveley’s consortium — comprising her company PCP Capital Partners (10 per cent), the billionaire Reuben brothers (10 per cent) and the 80 per cent majority stakeholding of Saudi Arabia’s Public Investment Fund (PIF) – are currently waiting for Premier League’s approval for the £300 million takeover to go through.

Once they get the green signal from the Premier League, they’ll start planning for the summer and the next season. It has been claimed that Steve Bruce will remain in charge for the last nine games, but the Magpies board could bring in a new manager, with the likes of Mauricio Pochettino and Luciano Spaletti being linked.

Mertens is out of contract in June. Although Napoli President Aurelio De Laurentiis is confident of keeping the 32-year-old star, chances are high that he could be lured away from Naples.

The 90-times capped Belgium international is a world-class attacking player and he has plenty of football left in him. He has scored 12 goals in all competitions this season, and has been in terrific form once again.

Newcastle’s potential new owners have contacted Mertens’ agent, and it remains to be seen whether they can bring him to St James’ Park this summer. He would be a stunning signing for the club, that too on a free transfer.

Mertens has plenty of Champions League experience, and he would bring quality and depth to the squad. He would become a key player at Tyneside, but Newcastle will have to work hard to persuade him especially with the likes of Chelsea and Liverpool showing keen interest.