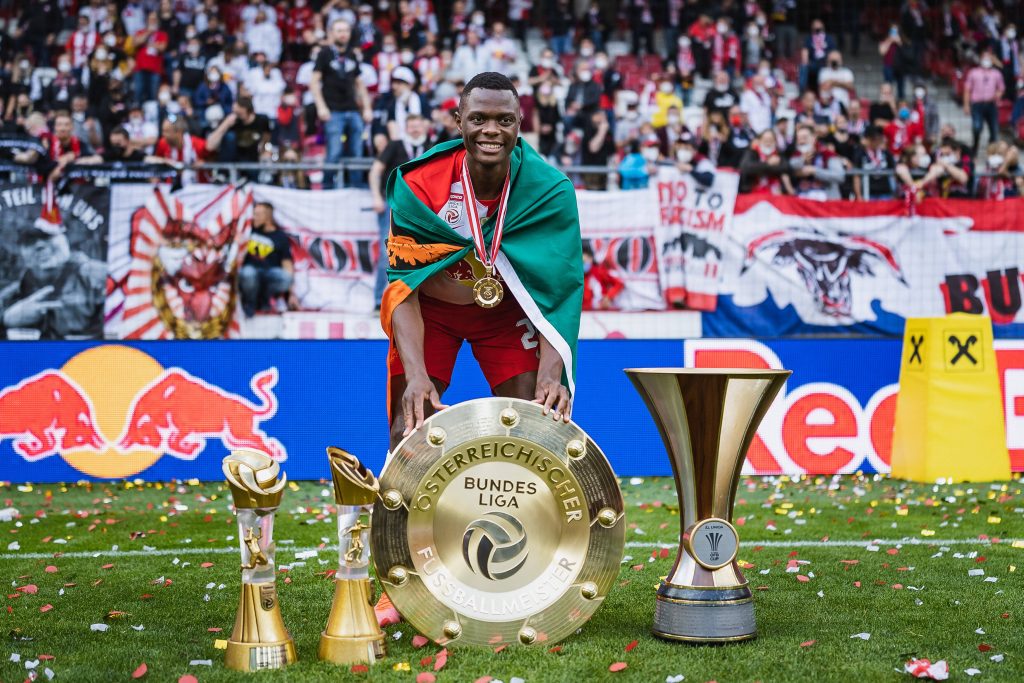 The Zambia international had a superb 2020/21 campaign for Salzburg, registering 34 goals and 12 assists from just 42 appearances.

He is high on the radar of top European clubs this summer, and the Reds have already made contact with his representatives.

It is now reported that Daka is ‘very keen’ on a move to the Premier League giants after learning of their interest in signing him.

The Reds had a dismal defence of their league title last term as they finished third, 17 points behind champions Manchester City.

Injuries to key defenders hampered their campaign, but they were also disappointing up front, missing several big scoring chances.

Mohamed Salah’s form was once again impressive with 31 goals, but Sadio Mane and Roberto Firmino struggled for consistency.

While Mane managed 16 goals from out wide, Firmino was frustrating leading the line with just nine goals from 48 appearances.

The Brazilian has earned credit for his good link-up play, but the Reds definitely need more goals from their centre-forward next season.

Diogo Jota impressed with five goals from 11 games as the striker last term, but Jurgen Klopp may want a high-profile signing this summer.

Daka would be an upgrade on the duo based on his progress at Salzburg. He could be available for just £17 million due to a release clause.

Chelsea have also been linked with his signature, but the Reds seem to have the upper hand with the striker’s eagerness to join them.