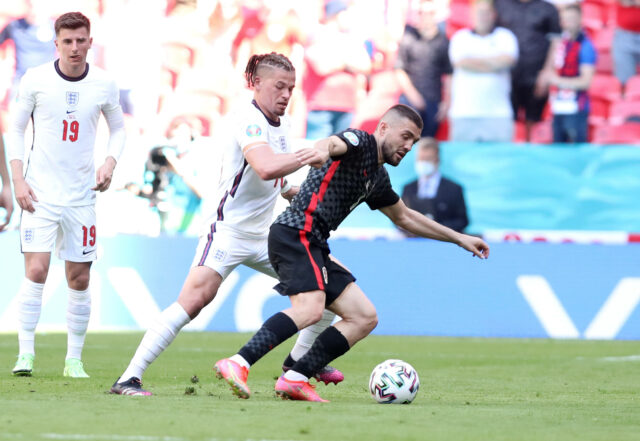 England are off to a winning start at the European Championships after earning a 1-0 victory over Croatia on Sunday.

Raheem Sterling scored the only goal of the match, with Phillips providing the assist with a brilliant pass.

The Leeds star was simply outstanding during the game and stole the show in the truest sense.

Fans, teammates, pundits, and journalists have showered heaps of praise on Phillips following the win.

It seems Madrid are now taking note of the 25-year-old who is often dubbed as “The Yorkshire Pirlo”.

According to a recent report from Defensa Central, Madrid will monitor Phillips for the rest of the tournament.

If Phillips keeps on performing well, he could be on the radar of some of the top clubs in Europe.

Phillips is the heartbeat of the Leeds team under Marcelo Bielsa. He is the fulcrum in midfield, and the club has no plans to offload him.

The England midfielder loves playing for his hometown club, and Leeds will say three words to any potential suitor – “not for sale”.

Defensa Central claim that Phillips had a market value of £26 million before the tournament, possibly implying that he could be available at a reasonable price.

Leeds fans adore Phillips, and they will probably laugh at the suggestion that their star player could leave in the summer.