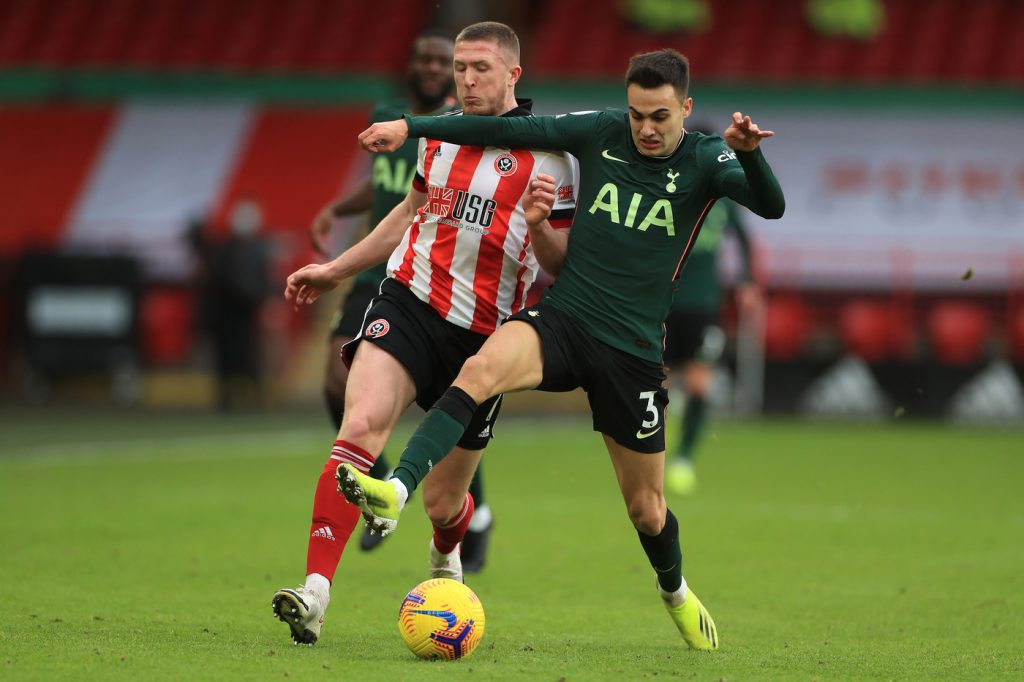 Real Madrid are pondering re-signing their former player Sergio Reguilon during the off-season.

Madrid Reguilon to Tottenham Hotspur last summer. The deal includes a buyback clause which Los Blancos can exercise in 2021 or 2022.

Less than a year after selling the Spaniard, Madrid are interested in triggering their contractual right, Diario GOL claims.

The decision to re-sign the former Sevilla loanee comes on the back of substandard performances from Marcelo.

The Brazilian’s contract ends in 2022, but with consistently lacklustre displays Madrid have thought about selling him this summer.

Ferland Mendy’s recent displays have cast doubts over the left-back’s role at the Santiago Bernabeu, sparking the desire to bring back Reguilon.

Madrid must pay €45 million to Spurs in order to reclaim their former player’s services.

Whether Reguilon returns depends upon Zinedine Zidane’s position at the club. The Frenchman had excluded the player from his plans in the last two seasons, which is why the Merengues decided to eventually part ways with him.

They also have two full-back options from the academy. With tight finances, the club has not ruled out the idea of promoting Miguel Gutierrez from Castilla or use Fran Garcia next season, who is currently out on loan.

Madrid would be making a sensible decision by buying back Reguilon, more so with Sergio Ramos likely to leave.

The La Liga giants could sign David Alaba soon, but the Austrian will play in central defence in the absence of Ramos.

Mendy is terrific at the back but poor going forward, which is a characteristic Madrid miss against the league’s defensive sides.

Reguilon is equally adept on both fronts and could perhaps outperform his French counterpart.